Istanbul, Turkey – After months of criticism over Turkey’s reluctance to combat the Islamic State of Iraq and the Levant (ISIL) group, alongside pressure on Turkish officials to stop fighters from crossing the border, Turkish forces bombed ISIL positions inside Syria on Friday for the first time.

The move had apparently been prompted by a suicide bombing in the Turkish border town of Suruc. Turkish officials blamed ISIL for the attack, which killed at least 32 people – one of the worst cases of spillover violence from the war in neighbouring Syria.

On Saturday, forces launched another wave of attacks on Kurdish fighters in northern Iraq and ISIL targets in Syria, signalling a major tactical shift, while sparking fears of looming instability in the wake of military confrontations on two fronts.

“The operations … will continue for as long as there is a threat against Turkey,” Turkish Prime Minister Ahmet Davutoglu said during a press conference in Ankara. “Those who threaten [Turkey] will face the response.”

In another significant development, Turkey gave approval to US coalition aircraft on Friday to use its airbases for attacks on ISIL targets in Syria, as well as its own strikes.

“This is a clear and concerted swing by Turkey’s foreign policy establishment to do something about [ISIL] because it is having a severe detrimental effect on their own internal security, and it can’t be ignored any more,” said Michael Stephens, director of the Royal United Services Institute in Qatar.

But sources close to the ruling Justice and Development Party (AK party) bristle at the notion that Turkey has not taken the ISIL threat seriously in the past.

“Turkey has always been concerned about [ISIL], but it has pushed for a strategy that simultaneously deals with [ISIL] and the regime of Syrian President Bashar al-Assad,” said Galip Dalay, a senior associate fellow of Turkish-Kurdish affairs at the Al Jazeera Centre for Studies.

“The strong response we are seeing might be a new tactic, but it is too early to call this a major policy shift because Turkey will not be happy with a policy exclusively placed on [ISIL] without Assad being put under the spotlight as well,” he added.

Analysts remain divided about whether the Turkish military engagement with ISIL will be sustained.

“Turkey did its best to delay direct confrontation because it is extremely vulnerable to any threat posed by ISIL,” said Ceren Kenar, a columnist for the pro-government Türkiye newspaper.

“The genie is out of the bottle, so you can’t go back to the cold war period with ISIL any more. But I don’t think that Turkey will engage in a constant battle with ISIL,” Kenar added.

The air strikes effectively put an end to a two-and-a-half-year truce between the Turkish government and the PKK, which has been fighting for Kurdish autonomy in a conflict that has killed more than 40,000 people since 1984.

“The truce has no meaning any more after these intense air strikes,” the PKK said in a statement on Saturday. “Faced by these aggressions, we have the right to defend ourselves and to resist.”

The developments raised fears of a return to open conflict between the separatist Kurdish fighters and the Turkish state, even as both step up their battle against ISIL.

It also complicates matters for the US-led coalition, which regards the PKK-linked Syrian Kurdish fighters as the most reliable and effective ground force against ISIL.

Tensions with the Kurds flared in the days following the Suruc bombing, with many blaming the Turkish government for not doing enough to battle ISIL or to protect the security of Turkey’s largest ethnic minority.

On Wednesday, the PKK claimed responsibility for killing two Turkish police officers it accused of colluding with ISIL on the Suruc attack.

Turkish police this week launched several raids against ISIL, the PKK and other far-left groups, detaining close to 600 people across the country. Turkish officials have made little distinction between the threat posed by ISIL and the PKK, with President Recep Tayyip Erdogan vowing to crack down on both groups.

“In our phone call with [US President Barack] Obama, we reiterated our determination in the struggle against the separatist organisation and [ISIL],” Erdogan said.

Another frustration for Turkey’s Kurdish community was the decision by the governor of Istanbul to ban a “peace march” scheduled for Sunday by the pro-Kurdish People’s Democratic Party. Internet access to several Kurdish news websites has also been blocked.

In response to the escalating crackdown, the youth wing of the PKK has called for a rebellion across Turkey.

“I don’t see why civil war is out of the question,” Stephens said. “The last thing you want is the PKK going to war with the Turkish state at the same time as the Americans are bombing [ISIL] and are behind the Syrian Kurds, who have their own relationship with PKK. There’s a real problem here, where you could end up in a three-way internal Turkish war.” 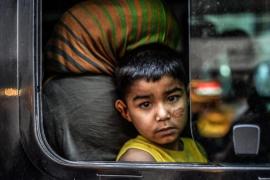 Governor of Turkey’s largest city mulls ‘drastic measures’ to deal with influx of tens of thousands of refugees. 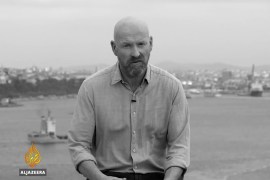