By Mohsin Ali and Alia Chughtai

The US has taken Malaysia and Cuba off its blacklist of countries failing to combat human trafficking.

The Department of State’s Trafficking in Persons (TIP) Report is the world’s most comprehensive resource of governmental anti-human trafficking efforts.

The US government uses the TIP Report to engage foreign governments in dialogue to advance anti-trafficking reforms and to combat trafficking and to target resources on prevention, protection and prosecution programmes of governmental anti-human trafficking efforts.

It represents an updated, global look at the nature and scope of trafficking in persons and the broad range of government actions to confront and eliminate it.

Speaking in front of an audience of diplomatic corps, journalists and civil society at the Dean Acheson Auditorium in Washington DC John Kerry, US secretary of state, said: “This year’s report places a special emphasis on human trafficking in the global marketplace.

“It highlights the hidden risks that workers may encounter when seeking employment and the steps that governments and businesses can take to prevent trafficking, including a demand for transparency in global supply chains.

“The bottom line is that this is no time for complacency. Right now, across the globe, victims of human trafficking are daring to imagine the possibility of escape, the chance for a life without fear, and the opportunity to earn a living wage.

“I want to emphasise, as I did last month when we issued a report on our human rights observations around the world, the purpose of this document is not to scold and it’s not to name and shame. It is to enlighten and to energize, and most importantly, to empower people.

“And by issuing it, we want to bring to the public’s attention the full nature and scope of a $150 billion illicit trafficking industry.

“We want to provide evidence and facts that will help people who are already striving to achieve reforms to alleviate suffering and to hold people accountable.

“We want to provide a strong incentive for governments at every level to do all that they can to prosecute trafficking and to shield at-risk populations.

“And in conveying these messages, let me acknowledge that even here in the United States, we Americans need to listen and improve. Like every nation, we have a responsibility to do better – a better job of protecting those who live within our own borders, whose passports are taken away from them, who are imprisoned for labor purposes or for sex trafficking.”

However, anti-trafficking activists said the decision to remove Malaysia and Cuba from the blacklist has been influenced by politics.

In the report, the state department  places each country in one of three tiers based on the extent of their governments’ efforts to comply with the “minimum standards for the elimination of trafficking”, said Kerry.

While Tier 1 is the highest ranking, it does not mean that a country has no human-trafficking problem.

On the contrary, a Tier 1 ranking indicates that a government has acknowledged the existence of human trafficking, made efforts to address the problem, and complies with the minimum standards.

Each year, governments need to demonstrate appreciable progress in combating trafficking to maintain a Tier 1 ranking. 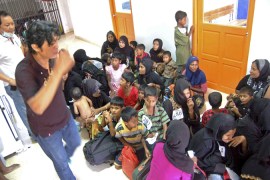 US blacklists three nations over trafficking

Thailand, Malaysia and Venezuela now open to sanctions for what US calls a failure to fight human trafficking. 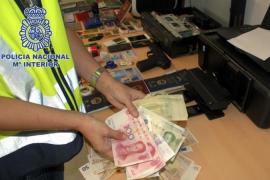 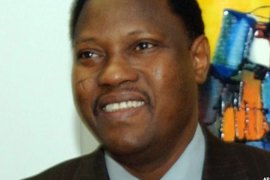