Israeli forces have broken into a house and killed a 52-year-old Palestinian man in a village north of Hebron in the occupied West Bank.

Falah Abu Maria was shot in the chest two times from a relatively close range, according to medical sources, on Thursday in Beit Ummar village while he was trying to help his 22-year-old son, Mohammad, who was injured in the leg by the soldiers.

The Israeli troops carried out the raid to detain Mohammad and started shooting when one of the family members attempted to strangle one of the soldiers, Israeli media claimed.

Al Jazeera has learned that Mohd is in stable condition in Hebron’s Al Ahli hospital.

Ahmad, another son of the victim, was also slightly injured in the incident.

The father, Falah, and both of his sons had been previously jailed in Israeli prisons.

Falah’s brother, Waheed, was on an extended hunger strike last year. His cousin, Hashem, was shot dead last year during a West Bank demonstration in solidarity with the besieged Gaza Strip.

On Wednesday morning, a 21-year-old Palestinian, Mohammed Ahmed Alauna, was also killed during an arrest raid near the town of Jenin.

The UN says at least 16 Palestinians have been killed in the occupied West Bank since the start of 2015 and about 1,000 have been injured.

According to the Palestinian Prisoners Society, there are currently about 100 to 140 Palestinian prisoners from Beit Ummar in Israeli prisons.

Every month, Israeli forces detain tens of Palestinians, with an average age range of 18 to 20.

Beit Ummar, a site of regular tensions, is a town of about 17,000 Palestinians. 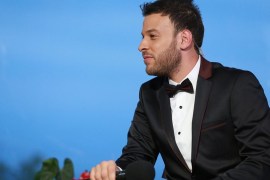 Israel has ordered a six-month closure of the PA-funded station, which aimed to feature investigative documentaries.