The UN rights official who admitted to not following up for months on allegations of child sexual abuse by French soldiers in Central African Republic has resigned.

The UN confirmed on Wednesday that Flavia Pansieri has left the post of deputy high commissioner for human rights “for health reasons”. No more details were given.

The allegations by children as young as nine-years-old of trading oral sex and sodomy for food led the UN secretary-general this summer to order an investigation into how the case was handled.

In a statement marked “strictly confidential” and obtained by The Associated Press news agency, Pansieri said she was distracted from the case by issues including budget cuts.

She assumed French authorities were handling the allegations, even as France pressed the UN for information.

The sexual abuse allegedly took place from December 2013 to June 2014, a few months before the UN took over from the African Union mission with its MINUSCA force.

In June, a UN report said that South African soldiers face the most accusations of sexual abuse while on UN peacekeeping missions.

The UN said it had received 480 allegations of sexual exploitation and abuse relating to its peacekeeping and special political missions between 2008 and 2013, with South African troops facing the most allegations of abuse.

The report showed that South African troops faced nine allegations, followed by Uruguay with eight allegations and Nigeria with seven allegations. The details of the allegations were not given.

An internal UN report revealed this month that UN blue helmets routinely buy sex with jewellery, mobile phones and televisions in countries where they are deployed.

The UN has 125,000 peacekeepers deployed in 16 missions worldwide. 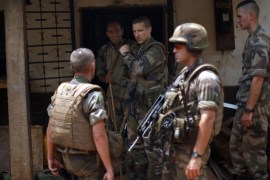 One of alleged victims is a five-year-old girl whose father found a camera with images of her being sexually abused. 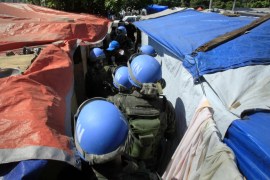