The humanitarian aid arrived on Tuesday as forces loyal to exiled President Abd-Rabbu Mansour Hadi pressed on with operations to tighten their control over the southern city that was captured from rebels last week.

“This is the first boat carrying the UN flag to dock in Aden since the war began” in late March, provincial Governor Nayef al-Bakri told reporters at the port before a second vessel also docked.

The UN’s World Food Programme (WFP), which chartered the ships, had tried repeatedly in past weeks to deliver aid to the war-torn city but failed because of security concerns.

“This is a major breakthrough for our humanitarian response in Yemen. Docking at the port of Aden allows us to accelerate our response to meet urgent needs in southern Yemen,” said Muhannad Hadi, a WFP official, said in a statement.

Vessels sent by the UAE managed to reach Aden in May but not under the UN flag.

‘One step from famine’

A humanitarian ceasefire declared by the UN earlier this month failed to take hold. The WFP had described the truce as the “final hope” to deliver desperately needed aid.

The UN food agency had delivered aid ahead of the truce to the rebel-controlled Hodeida port in western Yemen, but the armed rebels did not allow an aid convoy to travel to Aden.

The UN had warned then that the impoverished country was just “one step away from famine”.

The UN said the conflict has killed more than 3,640 people, around half of them civilians, since late March, when a coalition of Arab countries led by Saudi Arabia began air strikes.

Over the past week, forces loyal to Hadi have recaptured most of Aden from Houthi rebels and their allies on the back of air attacks by the coalition.

Meanwhile, on Tuesday, the UAE said without elaborating that an officer in its armed forces was killed in coalition operations, the third Emirati killed in the conflict.

The coalition has never acknowledged putting boots on the ground in Yemen, but loyalists have been reinforced in Aden by forces trained by the coalition.

On Friday, exiled Prime Minister Khaled Bahah declared the city to be liberated, although rebels pockets have fought on in some districts. 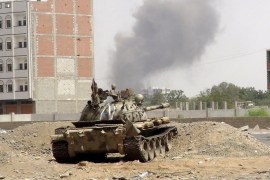 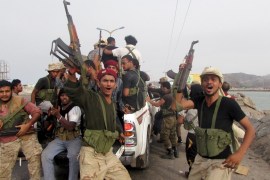 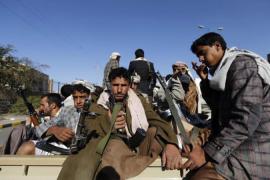