A British man convicted of supporting the Taliban in the US has been freed after spending 11 years in prison, according to a statement by his family.

A picture shared on Facebook on Sunday showed Babar Ahmad at home with his father, a vocal figure in the decade-long campaign to free him.

The computer expert from London spent eight years in British custody without charge before he was extradited to the US, accused of running a website in support of the Afghan Taliban.

“Eleven years of solitary confinement and isolation in ten different prisons has been an experience too profound to sum up in a few words here and now,” Ahmad was quoted as saying in the statement.

“In October 2012, I was blindfolded, shackled and forcibly stripped naked when I was extradited to the US,” he said adding that “US and UK government officials” had treated him with respect after his release.

The pair had accepted a plea deal in which they accepted charges they had provided material support to the Taliban and fighters in Chechnya through websites they operated.

The statement by Ahmad’s family said they were heartened by comments made by Judge Janet Hall during his sentencing, in which she described Ahmad as a “good person”.

“There was never any aid given by these defendants to effectuate a plot. By plot, I mean a terrorist plot …neither of these two defendants were interested in what is commonly known as terrorism,” Hall said in her ruling.

Authorities in the US claimed Ahmad’s alleged crimes fell under their jurisdiction because a website he ran used a server based in the US.

The British government has faced criticism over its handling of the case and holding both Ahmad and Ahsan despite the country’s Crown Prosecution Service saying there was “insufficient evidence” to hold the pair.

On Twitter, a number of British Muslims, many of whom had been involved in the campaign to free him reacted positively to his release.

#FreeBarbarAhmad after 11 yrs – he and his family had the true #Eid today alhamdulillah http://t.co/10u1BFKoHW 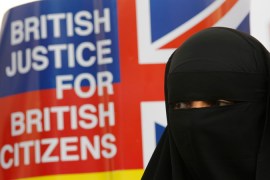 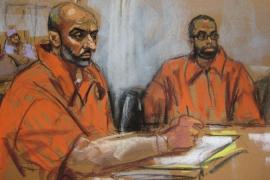 The truth about renditions and detentions at the island of Diego Garcia has to be revealed. 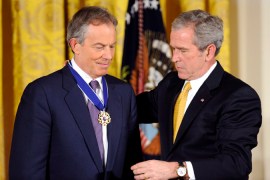 The hypocrisy of the US-UK extradition act

Why is the UK handing over British citizens to the US under a treaty designed to deal with terrorism?