The deadly stabbing of a man in broad daylight in one of Beirut’s busiest streets and in front of dozens of bystanders has shaken Lebanese society and raised questions about the perceived culture of impunity in the country.

Scores of people took to the streets on Friday evening to protest against the killing of George al-Reef two days earlier by an enraged man following a feud over a car collision.

About 200 people marched in Beirut’s Gemmayzeh Street, a commercial area packed with restaurants and pubs, where Wednesday’s incident – filmed by a number of bystanders – took place.

Footage published on social media showed the perpetrator, Tarek Yatim, stabbing Reef up to 15 times while his wife screamed helplessly near them.

Yatim was detained by military intelligence on Thursday, the army said in a statement.

Following the incident, reports emerged that a number of arrest warrants had been issued in the past against Yatim for previous assaults.

Local journalist Dalal Mawad said that the perpetrator was connected to an influential businessman who had in the past managed to get him out of prison several times.

“The incident exposes the culture of impunity in the country,” she said. “In this atmosphere, crimes like that are bound to happen.

“Had Yatim been punished and serving a sentence in jail, this crime wouldn’t have happened and George would not have died,” she said.

Local media reported that Yatim was associated with a nightclub shooting in Beirut in 2010 and an attack against a school teacher.

Is there a lawyer who can volunteer time to make sure the murderer does not get out of jail like before? Please RT. #JusticeForGeorges

“It’s a corruption in the judiciary, in the security forces and in other state institutions,” she told Al Jazeera. “There should not be political cover to any criminal.”

Lebanese social media launched two simultaneous campaigns following the killing; one called #JusticeForGeorges and the other calling for the execution of the perpetrator and the businessman backing him.

On that topic, no to capital punishment under any circumstances. Yes to justice, to ending impunity of money & za3eem #JusticeForGeorges

Lebanese blogger Elie Fares narrated the events that eventually led to the death of Reef, a father of four.

Georges and his wife were driving on the airport road when they got into a right of passage dispute with Tarek Yatim. Tarek and the woman driving him… tried to cut off Georges who didn’t let them through. So they forcefully hit his car and kept going.

They were eventually led to Gemmayzeh, where Tarek Yatim got out of his car, ran towards Georges and started stabbing him with the knife he had in his possession.

Footage of the incident showed a number of bystanders who did not intervene to stop the stabbing.

Merei told Al Jazeera she believed people did not intervene because they are increasingly terrorised by the state of lawlessness in the country and the rise of a mafia-like governing.

Lebanon continues to witness political upheaval even after the end of a 15-year civil war in 1995. The International Center for Transitional Justice says that the country’s flawed post-war transition has left communities segregated.

A fragile peace is maintained through consensual security arrangements and politically brokered deals to contain tensions, leaving much room for corruption and impunity. 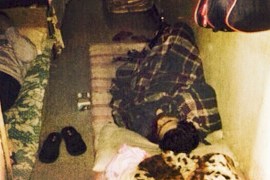 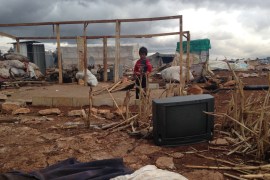 Lebanon’s huge intake of Syrian refugees has left the most vulnerable open to exploitation due to scant resources.