US President Barack Obama’s former top military intelligence official has launched a scathing attack on the White House’s counter-terrorism strategy, including the administration’s handling of the ISIL threat in Iraq and Syria and the US military’s drone war.

In a forthcoming interview with Al Jazeera English’s Head to Head, retired US Lt. General Michael Flynn, who quit as head of the Pentagon’s Defense Intelligence Agency (DIA) in August 2014, said “there should be a different approach, absolutely” on drones.

Flynn was a senior intelligence officer with the Joint Special Operations Command (JSOC), which is responsible for the US military’s secretive and controversial drone program in countries such as Yemen and Somalia.

Asked by Al Jazeera English’s Mehdi Hasan if drone strikes tend to create more terrorists than they kill, Flynn, who has been described by Wired magazine as “the real father of the modern JSOC”, replied: “I don’t disagree with that”, adding: “I think as an overarching strategy, it is a failed strategy.”

“What we have is this continued investment in conflict,” the retired general said. “The more weapons we give, the more bombs we drop, that just… fuels the conflict. Some of that has to be done but I am looking for the other solutions.”

Commenting on the rise of ISIL in Iraq, Flynn acknowledged the role played by the US invasion and occupation of Iraq. “We definitely put fuel on a fire,” he told Hasan. “Absolutely… there is no doubt, history will not be kind to the decisions that were made certainly in 2003.”

“Going into Iraq, definitely… it was a strategic mistake,” said Flynn on Head to Head.

The former lieutenant general denied any involvement in the litany of abuses carried out by JSOC interrogators at Camp Nama in Iraq, as revealed by the New York Times and Human Rights Watch, but admitted the US prison system in Iraq in the post-war period “absolutely” helped radicalise Iraqis who later joined Al Qaeda in Iraq (AQI) and its successor organisation, ISIL.

Flynn also called for greater accountability for US soldiers involved in abuses against Iraqi detainees: “You know I hope that as more and more information comes out that people are held accountable… History is not going to look kind on those actions… and we will be held, we should be held, accountable for many, many years to come.”

Publicly commenting for the first time on a previously-classified August 2012 Defense Intelligence Agency (DIA) memo, which had predicted “the possibility of establishing a declared or undeclared Salafist principality in Eastern Syria (…) this is exactly what the supporting powers to the opposition want” and confirmed that “the Salafists, the Muslim Brotherhood, and [Al Qaeda in Iraq] are the major forces driving the insurgency in Syria,” the former DIA chief told Head to Head that “the [Obama] Administration” didn’t “listen” to these warnings issued by his agency’s analysts.

This special edition of Head to Head was filmed in Al Jazeera’s Washington DC studio. This series of Head of Head also includes interviews with feminist and democracy activist Naomi Wolf and renowned economist Sir Paul Collier at the Oxford Union. In each episode, Hasan goes head to head with a special guest, asking the probing and hard-hitting questions few dare to ask on the big issues such faith, foreign intervention, the Middle East, US foreign policy, and the economic crisis. 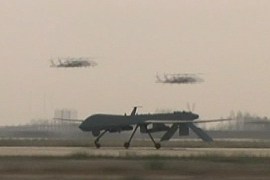 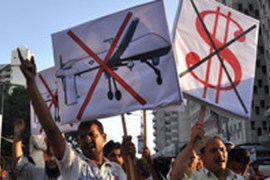