Indonesian authorities have shut five airports, including on the popular holiday islands of Bali and Lombok, because of a volcanic eruption, causing about 250 flights to be cancelled and stranding thousands of holidaymakers.

Mount Raung in East Java has been erupting for nearly a week, spewing clouds of ash.

“I can’t say at this time how many passengers have been affected,” said Farid Indra Nugraha, a spokesman for airport operator Angkasa Pura 1.

National flag carrier Garuda Indonesia cancelled all its flights to and from the affected airports, it said on its official Twitter account.

“Bali is our second largest hub and this will also affect our international connecting flights,” said Ikhsan Rosan, a spokesman for the airline.

The closures came during peak holiday season in Bali, a pocket of Hinduism in Muslim-majority Indonesia which attracts millions of foreign tourists every year to its palm-fringed beaches.

She described arriving at the domestic terminal in Bali’s Ngurah Rai airport to discover her flight to Jakarta had been cancelled and rescheduled to Sunday.

Indonesia has dozens of active volcanoes and straddles major tectonic fault lines known as the “Ring of Fire” between the Pacific and Indian oceans. 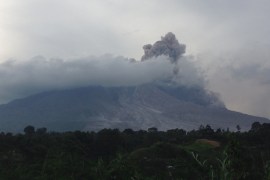 More than 10,000 people have been evacuated as volcanic activity in Mount Sinabung shows no signs of abating. 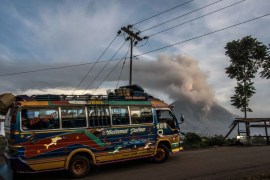