A Serbian war crimes suspect nicknamed “Captain Dragan” has arrived in Zagreb from Australia to face allegations of torture and murder after battling extradition for a decade.

“After a long battle, which started nine years ago, Dragan Vasiljkovic was extradited … and is now in Croatia,” Justice Minister Orsat Miljenic told reporters on Thursday.

“From now on he will be treated as any other suspect,” he said.

Vasiljkovic, a paramilitary commander from a Serbian rebel group that opposed Croatia’s independence from Yugoslavia in the early 1990s, landed at Zagreb airport, from where he was to be transferred to the coastal town of Split. In Split, he is to be questioned by prosecutors.

He was put on a plane in Sydney on Wednesday, three years after Canberra approved his extradition, the AFP news agency reported.

Vasiljkovic, a Belgrade-born golf instructor who went by the name Daniel Snedden in Australia, is the first suspected war criminal that Australia has successfully extradited.

Croatian prosecutors suspect him of war crimes committed during the country’s 1991-1995 independence war.

Serbia, Croatia and the ‘crime of crimes’

Croatia sought his extradition from Australia after he was first arrested in 2006. He spent nearly four years behind bars until the Federal Court blocked his extradition, citing possible prejudice in Croatia’s justice system.

He was released on bail in 2009 but went missing the following year, after a higher court cleared his extradition to Croatia.

After more than 40 days on the run,  police tracked him down and sent him to a Sydney prison. He continued to battle his handover to Croatia but his challenges all failed.

Zagreb suspects him of the torture, maltreatment and killing of Croatian military and police in the Croatian Serb rebel stronghold of Knin and in the village of Bruska, near Benkovac, in the south of the country.

He is also suspected of commanding a deadly assault on the central town of Glina and the surrounding region in which civilians were killed. 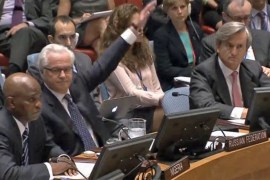 Russia refuses to describe Srebrenica massacre of 8,000 Muslim men and boys during Bosnia war in 1995 as “genocide”. 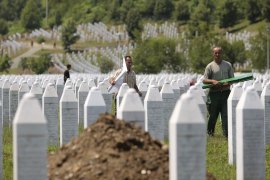 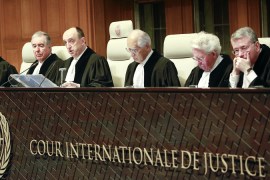