Supporters of the pro-Kurdish People’s Democratic party (HDP) were celebrating the group’s gains in Turkey’s parliamentary election, amid a blow to President Recep Tayyip Erdogan’s Justice and Development Party (AK party), which lost its majority.

The HDP picked up about 13 percent of the vote and 79 seats, breaking the 10 percent threshold required for a party to take up its seats, sparking celebrations early Monday morning in the largely ethnic Kurdish city of Diyarbakir.

The ruling AK party fell short of the needed 276 seats to get an absolute majority, attaining just 258 deputies, after polling 41 percent of votes casts, according to preliminary data published by the state-owned Anadolu news agency.

The opposition CHP and MHP are projected to secure 132 and 81 seats respectively.

RELATED: What Turkish voters are saying ahead of Sunday’s poll

The result from Sunday’s election meant the HDP pass the electoral threshold the first time, raising hopes in the country that it will be able to advance a peace process between the Turkish state and Kurdish armed group PKK, which has been battling the country’s armed forces for decades.

Al Jazeera’s Bernard Smith, reporting from HDP headquarters in Ankara, said the HDP had managed to make gains by broadening its appeal to beyond the country’s Kurdish minority.

“What the HDP has done, is that it’s played down its association with the PKK and played up its commitments to peace and its representation of working class minority groups,” Smith said amid scenes of jubilation outside the building.

Gonul Tul, the director of the Centre for Turkish Studies at the Middle East Institute, told Al Jazeera that the AK party’s loss of the Kurdish vote had played a big role in their poor showing.

“The AK party formed a wide coalition when it came to power … but it lost the support of conservative Kurds,” Tul said.

“In the Kurdish region the two most important political actors have been the AK party and the pro-Kurdish HDP, but after President Erdogan’s indifference to the suffering of Kurds in Kobane, the AK party lost the support of conservative Kurds, and the HDP secured those votes.

“At the same time, the ruling party lost the support of nationalists because they opened the Kurdish peace talks.”

Turkish Prime Minister Ahmet Davutoglu, however, remained defiant about his party’s position after the results, which meant it would have to form a coalition to rule after 13 years of single-party governance.

“The AK party is the winner and finished first in this election … nobody should make a victory out of an election loss,” Davutoglu told a rally of his supporters.

The prospect of finding a partner could prove difficult, a fear reflected in the country’s main stock index, which fell 8 percent after trading began on Monday.

Al Jazeera’s Jamal Elshayyal, reporting from Ankara, said there was “no doubt” the result was a big blow to the AK party but it would continue to wield power.

“The AK party is still by far the largest party, it enjoys widespread support across the country whereas its opposition rely on specific supporter bases in certain areas only,” Elshayyal said.

“The AK party will have to rethink though some of its approaches and maybe its policies too. As successful as it has been over the years, the past 24 months have been plagued with controversies and crises.”

The AK party and Erdogan have been criticised by opponents for eroding political freedoms in more recent years of their rule. Davutoglu said those criticisms were baseless given the result.

The election occurred amid fears among the Turkish opposition that the AK party would use a majority to force through reforms that would increase Erdogan’s powers and turn Turkey into a presidential republic.

Deniz Ulke Aribogan, a professor of political science at Istanbul Bilgi University, told Al Jazeera that the outcome showed most Turks did not want that to happen. 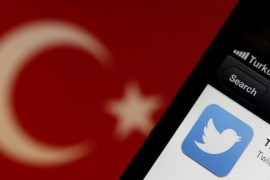 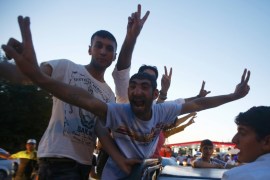 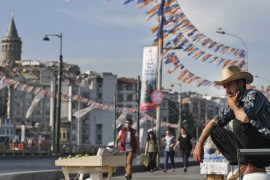