An Australian member of Greenpeace has been prevented from entering India without explanation, according to the environmentalist lobby group’s Indian arm.

Aaron Gray-Block was not allowed to enter the country on Saturday despite having all relevant visas and documents needed to enter, the group said, adding the Australian was not officially deported despite being put on a flight back to Kuala Lumpur.

“There is absolutely no reason why one of its staff members should be treated in such an arbitrary way, and we expect the Ministry of Home Affairs to offer a full explanation,” said Divya Raghunandan, the programme director for Greenpeace India.

If confirmed, the incident will be the latest episode in a dispute between the Indian government under Prime Minister Narendra Modi, and Greenpeace.

Activist Priya Pillai was prevented from boarding a flight to London in January and had a travel ban placed on her until it was overturned by a court in March.

In April, the Indian Ministry of Home Affairs banned the group’s domestic branch from accepting donations from abroad after accusing the group of not declaring transactions, and in May, bank accounts belonging to the group were shut down over the same issue.

At the time, Nalin Kohli, a spokesman for the ruling BJP party, told Al Jazeera that Greenpeace was not following the provisions of the law and did not disclose how they obtained their funds.

Greenpeace says it is being targeted by the Indian government over its activism.

“Denying entry to a Greenpeace employee with a valid visa is yet further proof of the extent to which the Indian government is prepared to go in violating Greenpeace’s right to freedom of expression under international law and under India’s Constitution,” a statement by the group said. 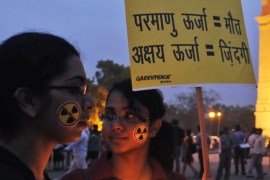 India cracks down on Greenpeace and foreign NGOs

Government of PM Modi blocks the bank accounts of 8,975 NGOs, in a move critics say is aimed at stifling dissent. 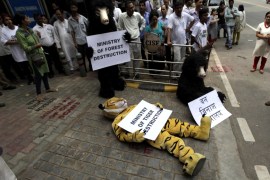 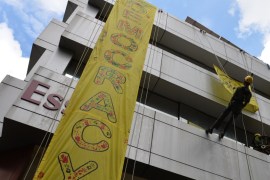