Western nations and Russia have traded accusations at the UN over the latest surge in violence in eastern Ukraine.

At the same, a senior member of an international monitoring team has blamed both sides in the conflict for breaking a ceasefire.

The diplomatic clash on Friday between European, US and Russian diplomats came a day after Ukraine warned of a possible “full-scale invasion” by Russia, following the worst fighting with pro-Russian separatists in months.

Alexander Hug, deputy head of the monitoring mission of the Organisation for Security and Cooperation in Europe’s (OSCE), said both sides of the conflict were putting civilians at risk as the security situation deteriorates.

“Civilians continue to bear an unacceptable price in this conflict,” Hug told an emergency meeting of the 15-nation Security Council.

“They are killed and wounded, as both sides continue to place military positions in and around civilian infrastructure. Their property and livelihoods have been destroyed.”

The UK placed the blame for the new violence squarely on Russia.

“This was a separatist assault on Ukrainian military units,” Matthew Rycroft, Britain’s ambassador, said, adding that it was “clearly premeditated”.

“If we allow Kiev to continue … the situation could fall out of control,” he said.

She said Russia continues to deny the “open secret” that it arms the rebels and sends Russian soldiers to die anonymously in neighbouring Ukraine, Reuters news agency reported.

The ambassadors of Lithuania and Ukraine said Ukraine had a right to defend itself against the Russian-backed rebels.

Ukraine and its NATO allies accuse Russia of sending weapons and troops to fight on behalf of separatists who control part of two provinces in its east. 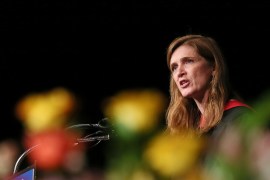 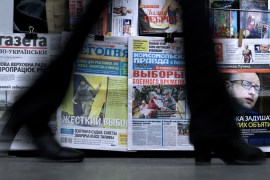 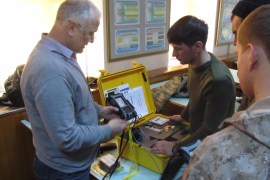 Cash-strapped Ukrainians are supplying fighters with much-needed aid, as the government struggles to support its army.