Russian President Vladimir Putin has extended a ban on food imports from the West by one year.

Wednesday’s announcement came days after the European Union extended sanctions against Moscow over its alleged support of pro-Russian rebels in east Ukraine.

“The government turned to me with an appeal to extend the measures,” Putin said. “Just like the head of government proposed, we are extending our retaliatory measures by one year beginning from today.”

The ban prohibits most food imports from the United States, Europen Union, Australia, Canada and Norway.

The deterioration of the relationship between Russia and the West continued a day earlier, when the US said it would deploy heavy weapons in central and eastern Europe for the first time to help its European allies protect themselves from a possible Russian aggression.

“While we do not seek a cold, let alone a hot war with Russia, we will defend our allies,” Ashton Carter, US defence secretary, said on Tuesday.

The Pentagon said the deployment of 250 items of heavy weaponry would include 90 Abrams tanks, 140 Bradley armoured vehicles, and 20 self-propelled howitzers.

RELATED: Putin says Russia is beefing up its nuclear arsenal

Jens Stoltenberg, NATO secretary general, said on Wednesday that the alliance would not be dragged into an arms race with Russia, but must counter Moscow’s “aggressive actions” in Ukraine.

Stoltenberg played down fears of a return to the worst days of the Cold War, insisting that was not the case and that NATO’s response was “defensive, proportionate and in line with all our international obligations”.

Since the Ukraine crisis erupted NATO has adopted a series of measures to give it a very high-speed reaction unit, on top of a quick-response force which will be increased to some 40,000 troops from 13,000 to meet the Russian challenge.

However, Putin said earlier in June that his country was “not a threat to the West”, ruling out a major conflict between Russia and NATO member countries.

But he said Moscow would develop “systems to overpower anti-missile defences” to ensure a stategic balance in case NATO and US beefed up their presence at Russia’s borders.

Several days later, Putin announced that his country would add more than 40 new intercontinental ballistic missiles to its nuclear arsenal this year.

Putin also noted that the military was to start testing its new long-range early warning radar intented to monitor the western direction. 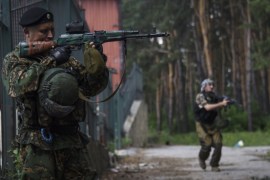 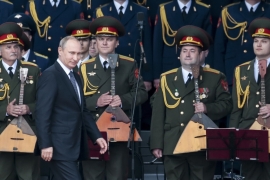 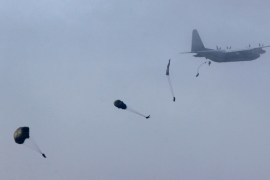 US to send military equipment to NATO allies in Europe