The French government has denounced as “unacceptable” reports that the US wiretapped current leader Francois Hollande and former presidents Nicolas Sarkozy and Jacques Chirac.

In a statement issued on Wednesday, the office of the French president said it “will not tolerate any acts, which jeopardise its safety and the protection of its interest”.

“Commitments were made by the US authorities,” the Elysee Palace said in a statement, referring to promises by the US in late 2013 not to spy on France’s leaders. “They must be remembered and strictly respected.”

The statement followed a meeting of France’s defence council called by President Hollande in response to the release of the documents by WikiLeaks on Tuesday.

French Foreign Minister Laurent Fabius has also summoned the US ambassador to France, Jane Hartley, for a Wednesday afternoon meeting to discuss the report.

Opposition leader Marine Le Pen also said the wiretapping incidents prove that the US is not an ally of France, and called for suspension of trade talks with Washington DC.

French newspaper Liberation and the Mediapart website reported on Tuesday that the spying spanned 2006 to 2012, quoting documents classed as “Top Secret” which include five reports from the US National Security Agency based on intercepted communications.

Still, the new revelations are bound to cause diplomatic embarrassment for the US, even though it is not uncommon that allies spy on each other.

The release appeared to be timed to coincide with a vote in the French Parliament on a bill allowing broad new surveillance powers, in particular to counter terrorist threats. 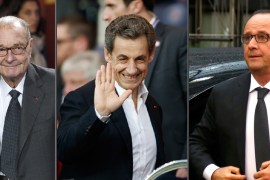