At least 240 protesters have been detained in the Armenian capital as police has forcefully dispersed a rally against a hike in electricity prices in the impoverished former Soviet nation.

The scope of Tuesday’s protest and its tough dispersal represented the most serious unrest Armenia has seen in years, raising concerns about political stability in the country that hosts a Russian military base and is part of a Moscow-dominated economic alliance.

Thousands of protesters angered by the planned price hikes marched on the presidential palace on Monday, accusing President Serzh Sarkisian’s government of failing to combat poverty in the landlocked Caucasus nation.

Several hundred of them remained on the streets overnight, holding a sit-in and blocking traffic.

In the early hours of Tuesday, hundreds of riot police moved in to disperse the demonstrators, using batons and water cannon to break up the rally.

The office of the prosecutor general said it had opened a probe into “hooliganism and disturbing public order”.

If found guilty, the protesters could face a fine of about $100 or a jail term of up to one year.

Armenia’s health ministry said 25 people, including 11 police, were treated for injuries including fractures.

The overnight rally was the culmination of several days of protests aimed at forcing Sarkisian to cancel the tariff hikes, with protests also taking place on Monday in several other cities.

The opposition Armenian National Congress party boycotted a parliament session in protest against the police crackdown, with other opposition MPs demanding that an extraordinary session be convened.

Sarkisian, who is serving his second term, has not yet commented on the protest.

Another protest is set to be held later on Tuesday.

Public anger has mounted over the government’s decision to hike power rates by more than 16 percent from August 1 in the country of 3.2 million, already badly hit by the economic crisis in Russia.

Armenia’s economy is hobbled by the long-standing closure of its borders with Azerbaijan and Turkey over the conflict in Nagorno-Karabakh, and depends on close ties with Russia.

Russian companies control some of the most prized economic assets in Armenia, including the country’s power grid whose rate hike triggered the protest.

The protest was organised by activists, who recently had succeeded in blocking a hike in bus ticket prices.

“We will come to the end to defend our rights,” one of the protest organisers, 28-year old lawyer Rimma Sarkisian, said over the weekend. She said they weren’t affiliated with any of Armenia’s political forces. 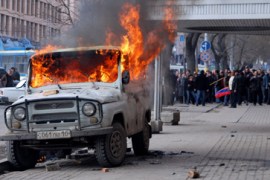 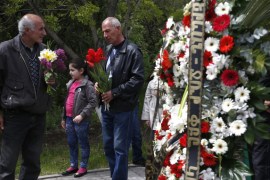