Al-Shabab fighters have killed at least eight Somali officers in a raid on a police station near the capital Mogadishu, according to a police officer.

Al-Shabab, which wants to topple the UN-backed government in Mogadishu, claimed responsibility for Saturday’s raid in Afgoi town, 30km southwest of Mogadishu.

“We traced them this morning, killed 10 of them and secured our pick-up car with a gun hooked on.”

He said the remaining fighters escaped with the other two police vehicles.

In the past, al-Shabab has exaggerated the number of soldiers it has killed while officials have played down losses.

The attack came just days after security forces foiled an attempt by al-Shabab fighters to launch a suicide attack on a political conference in the central Somali town of Adado, killing three attackers and the driver of a car packed with explosives.

Somalia has been unstable since the collapse of Siad Barre’s government in 1991, and the country’s new government is being supported by the 22,000-strong African Union force. 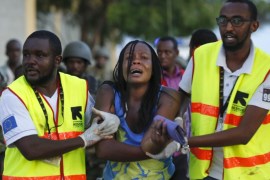 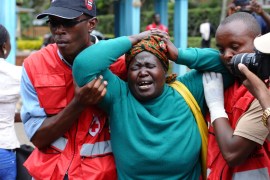