Tanzanian politicians have been warned to steer clear of witchcraft ahead of elections later this year after the nation’s parliament heard lawmakers could be involved in a wave of attacks on albinos whose body parts are prized in ‘black magic’ rituals.

The East African country imposed a ban on witchcraft earlier this year to try to stop a trade in albino body parts used in spells and charms claiming to bring luck and wealth, as the United Nations warned of a marked increase in attacks.

“I want to assure my fellow politicians that there won’t be any parliamentary seat that will be won as a result of using albino body parts,” Silima told the national parliament late last week.

Albinos face attack in many parts of Africa, but kidnappings, attacks and killings are more common in Tanzania.

At least 75 albinos – who lack pigment in their skin, hair and eyes – including children, have been killed in Tanzania since 2000, according to UN figures. Many of them were hacked to death.

Witch doctors will pay as much as $75,000 for a full set of albino body parts, according to a Red Cross report.

Attacks on the rise

The United Nations warned in March that 2015 could be a dangerous year for albinos in Tanzania as politicians turn to witch doctors to widen their chances of winning the polls.

In the first admission of its kind in parliament on Monday, Silima said reports linking politicians to albino killings could be true since attacks rose during elections.

Vicky Ntetema, executive director of Under The Same Sun, a Canadian non-profit working to defend albinos, said an investigative report eight years ago exposed politicians who sought magic potions from witch doctors to win elections but this was the first time that the link was made in parliament.

“As sad and as disgusting as it is to hear a government minister admitting that politicians are involved in albino killings, I am glad that finally this is an official acknowledgement,” Ntetema told Reuters news agency on Monday.

Ntetema said the parliament had not seriously discussed the plight of albinos after the atrocities were first reported in 2006 and had failed to take strong enough action.

It was not until this year that President Jakaya Kikwete vowed to stamp out the practice he said brought shame to his nation, imposing a ban on witchcraft and with police arresting over 30 witch doctors in recent months to stop the attacks.

Albinism is a congenital disorder which affects about one in 20,000 people worldwide, according to medical authorities. It is, however, more common in sub-Saharan Africa, affecting an estimated one in 1,400 in Tanzania. 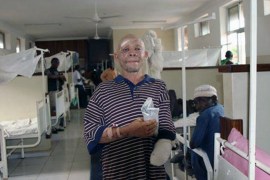 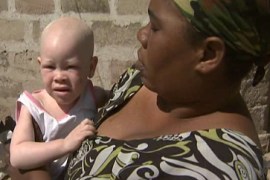 Witch doctors blamed for murders and mutilations of people with pigment disorder. 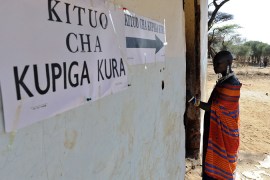