South Sudan has decided to expel the world body’s top humanitarian official based in the conflict-torn nation, according to the UN, which called on the government to immediately reverse its decision.

Secretary-General Ban Ki-moon condemned the move by the Juba government to expel the UK’s Toby Lanzer, deputy head of the UN Mission in South Sudan as well as its humanitarian coordinator, the UN said in a statement.

“The secretary-general calls on the government of South Sudan to reverse its decision immediately,” the statement said.

“He further urges the government to cooperate fully with all United Nations entities present in South Sudan.”

The statement said Lanzer has been “instrumental in addressing the increasing humanitarian needs of conflict-affected communities in the country, and ensuring that life-saving humanitarian assistance reaches the most vulnerable”.

Lanzer’s term was due to end shortly and the UN announced on Friday that his replacement will be Eugene Owusu of Ghana.

South Sudan’s UN mission has not yet provided an explanation about Lanzer’s expulsion.

Al Jazeera’s Diplomatic Editor James Bays, at the UN headquarters in New York, said: “It’s understood that the South Sudanese government decided to expel Lanzer because it claimed he’d made a series of untruthful statements on social media”.

Lanzer is an active Twitter user, often posting messages about the dire situation in South Sudan to his nearly 12,000 followers.

The number of people in need in #SouthSudan keeps going up and is much higher now than one year ago. Why? War + economic collapse + poverty.

Lanzer was not in South Sudan on Monday, but he was planning on returning to wrap up final business, a UN official said.

Forces loyal to President Salva Kiir and rebels allied with former Vice President Riek Machar have been fighting for nearly 18 months in the world’s newest state, which seceded from Sudan in 2011.

Lanzer has put the blame for the worsening violence squarely on the shoulders of the leaders who have signed several peace accords and failed to implement them.

During the upsurge in violence last month in Unity and Upper Nile states, Lanzer released a statement expressing dismay after up to 100,000 people fled their homes in just one week.

“People should never be harmed, and certainly not targeted or forced to flee from their homes,” he said.

After South Sudan’s army advanced on the opposition-held town of Leer, Lanzer cited witnesses who gave disturbing accounts of rape and of the killing of civilians including children.

The military operations, he said, have “again devastated countless lives”.

The UN has 14,000 peacekeepers in South Sudan, and 130,000 people who have fled violence have sought shelter in UN camps.

The UN Security Council has threatened to blacklist anyone undermining security or interfering with the peace process in South Sudan, but it has not yet imposed worldwide travel bans and asset freezes on any officials in the country. 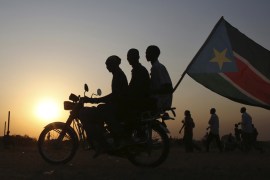 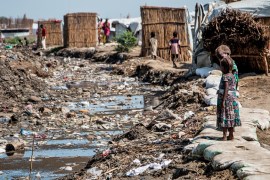 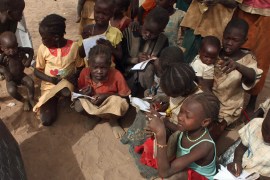