South Korea confirmed the country’s first two deaths from Middle East Respiratory Syndrome (MERS) as it fights to contain the spread of the virus that has killed hundreds of people in the Middle East.

Seoul has reported 24 cases of the disease since diagnosing the country’s first MERS illness last month in a man who had travelled to Saudi Arabia and other Middle Eastern countries.

Tests on a 58-year-old woman who died of acute respiratory failure on Monday showed she had been infected with the disease before her death, the health ministry said in a statement on Tuesday.

A 71-year-old man who tested positive for the virus last week has also died, it said.

The statement said both stayed at the same hospital with the first patient.

South Korea’s cases have largely connections to the first patient, either medical staff who treated him, or patients who stayed near the man at the hospital before he was diagnosed and isolated, and their family members.

Health officials said Tuesday that about 750 people in South Korea were isolated at their homes or in state-run facilities after having contact with patients infected with the virus. They said the number could rise and that depending on their conditions many of the isolated could be banned from leaving the country.

Last week, the son of one of the patients ignored doctors’ orders to cancel a trip to China, where he was later diagnosed as that country’s first MERS case.

China isolated the South Korean man at a hospital, and Hong Kong authorities said Sunday that 18 travellers were being quarantined because they sat near him, but they were not showing symptoms.

MERS was discovered in 2012 and has mostly been centred in Saudi Arabia. It belongs to the family of coronaviruses that includes the common cold and SARS, and can cause fever, breathing problems, pneumonia and kidney failure.

The virus has spread primarily through contact with camels, but it can also spread from human fluids and droplets.

There have been about 1,170 cases of the virus worldwide and about 480 of the patients have died, according to the European Centre for Disease Prevention and Control. 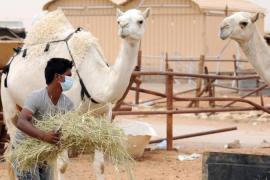 WHO holds emergency meeting on MERS

Experts to consider whether upsurge in detected cases amounted to an international emergency. 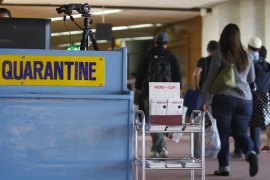 First case of MERS confirmed in US

An American health worker has been diagnosed in the first confirmed US case of the deadly respiratory disease. 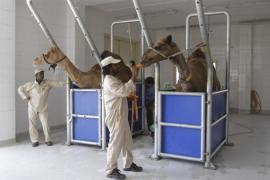 Scientists find clue that suggests camels may be involved in infecting people with the deadly respiratory virus.