An American tourist has been mauled to death in South Africa after a lion jumped into her vehicle through an open window at a park on the outskirts of Johannesburg, police and officials said.

“She was driving with a male person at the park, they were attacked by the lion, she was killed at the park and the man has been taken to hospital,” police spokesman Lungelo Dlamini said on Monday.

Dlamini said he did not have a name for the 22-year-old woman or what part of the United States she was from. Her travelling companion was South African.

The woman died while paramedics tried to save her, Lion Park assistant director of operations Scott Simpson said.

“The gentleman sustained some injuries to his arm, he was fighting the lion off inside the car. Our staff rushed over immediately and chased the lion away from the car,” Simpson told local radio.

Last month, a lion killed a man at a zoo in the South African city of East London after he jumped into the animal’s enclosure. 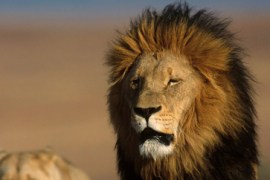