Nine Afghan employees of a Czech aid organisation were killed in an attack on their guesthouse in northern Afghanistan, officials said.

An official from the northern Balkh province told Al Jazeera that the gunmen attacked the compound of the NGO in Zari district.

The victims were employees of People in Need (PIN), a Czech organisation which has been delivering humanitarian aid around Afghanistan since 2001.

No group has so far claimed responsibility for the killings but the attack comes as the Taliban intensify their annual spring offensive despite repeated overtures from the government about reopening peace negotiations.

International aid workers have increasingly come under attack in Afghanistan despite the Taliban espousing an official policy that rejects attacks on humanitarian workers.

The latest attack comes just weeks after 14 people – mostly foreigners – were killed in a Taliban attack on a guesthouse in downtown Kabul popular with international aid workers.

Official efforts to bring the Taliban to the negotiating table have so far borne little fruit.

The surge in attacks has taken a heavy toll on civilians, according to the United Nations Assistance Mission to Afghanistan. In the first four months of 2015, civilian casualties jumped 16 percent from the same period last year, it said.

President Ashraf Ghani’s government has drawn criticism for failing to end the attacks, which critics partly blame on political infighting and a lengthy delay in appointing a candidate for the crucial post of defence minister.

The post had been left vacant for months due to disagreements between Ghani and his chief executive officer and former presidential election rival, Abdullah Abdullah. 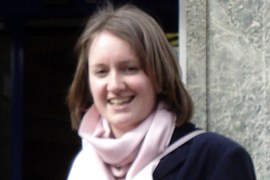 Four aid workers abducted in May, including two foreign women, are freed in NATO-Afghan helicopter rescue. 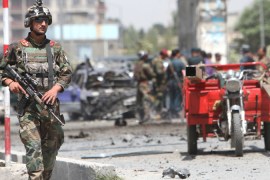 Hunt on for seized aid workers in Afghanistan