Syria overtook Afghanistan to become the world’s biggest source of refugees last year, while the number of people forced from their homes by conflicts worldwide rose to a record 59.5 million, the United Nations’ refugee agency has said.

Pointing to crises in Syria, Iraq, Yemen, Burundi and elsewhere, UN High Commissioner for Refugees Antonio Guterres said on Thursday that he did not expect any improvement in 2015.

“There is a multiplication of new crises,” Guterres said. “The Iraq-Syria crisis gained the dimension of a mega one … and at the same time the old crises have no solutions.”

The report came at a time when Europe was grappling with how to deal with a flood of new migrants crossing the Mediterranean to escape fighting in Syria, Libya and elsewhere.

UNHCR estimated that a total of 59.5 million people worldwide had been displaced by conflict by the end of last year – including 38.2 million displaced within their own countries. That was up from 51.2 million in 2013 – the previous highest since the UN began collecting numbers in the early 1950s. Syria alone accounted for 11.6 million of those people, the biggest single figure.

The agency counted nearly 3.9 million Syrian refugees in 107 countries last year, the fourth year of the country’s civil war. That made it the leading source of refugees – pushing Afghanistan, which had held that status for more than 30 years, down to second place with 2.6 million refugees.

Syria’s northern neighbour, Turkey, became the world’s biggest refugee host with 1.59 million refugees. Pakistan, which had held that position for more than a decade, was second with 1.51 million.

More than the course of last year, only 126,800 refugees returned to their home countries – the lowest number since 1983. The countries to which most people returned were Congo, Mali, and Afghanistan.

Guterres said he was alarmed by “a staggering acceleration” in the number of people being forced from their homes over recent years.

Speaking in Istanbul on Thursday, he singled out richer countries such as those in Europe and the Gulf as he appealed for “all countries in the world to have their doors open”. He said they also should offer more legal avenues for people who need protection to enter.

Turkey’s willingness to open its borders “has a special meaning in a world where so many borders are closed or restricted, and where new walls are being built or announced,” Guterres said, speaking the day after Hungary said it was planning to build a fence along its border with Serbia to keep out a flow of migrants. 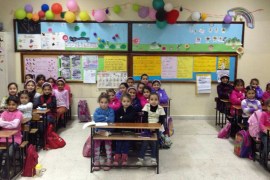 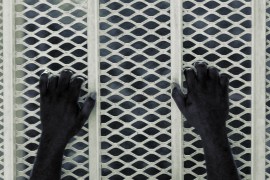 African migrants: What really drives them to Europe?

We head to a Libyan detention centre to meet African migrants who risk everything in search of a better life.