Hong Kong politicians have begun debate in advance of a vote on a controversial reform package amid protests and tensions over an alleged explosives plot.

Wednesday’s vote highlights the gulf between democracy campaigners against the government after protests which saw tens of thousands of protesters take to the streets last year over the controversial electoral road map.

Although the government’s reform proposal would for the first time give all residents the right to vote for the chief executive in 2017, it adheres to a Chinese government ruling that candidates must be vetted by a loyalist committee.

The plan is derided as “fake democracy” by opposition legislators, who have pledged to vote against it and deny the two-thirds majority it needs to pass.

Authorities in Hong Kong have said repeatedly that they cannot diverge from Beijing’s August ruling, which prompted weeks of mass rallies that brought parts of Hong Kong to a standstill.

The bill goes before legislators for debate on Wednesday afternoon, with the vote expected to take place by Friday.

Hundreds of protesters from both sides gathered outside the legislature on Wednesday morning.

Al Jazeera’s Adrian Brown, reporting from outside the Legislative Council, said the crowds were much smaller than ones that erupted earlier.

The protesters were kept apart by metal barriers while police guarded the entrance to the building.

“I’m here to oppose the so-called democracy,” said Fion Wong, a protester in her 40s.

“Passing it [the bill] would be a betrayal of those who took part in the Occupy movement,” she said, referring to last year’s mass protests.

For their part, pro-government supporters waved Chinese national flags and shouted “2017, make it happen!” through loudspeakers.

The latest protests are occurring after Hong Kong police arrested 10 people “on suspicion of conspiracy to manufacture explosives” and seized materials they said could be used to make the highly volatile explosive TATP.

Police said one suspect had claimed to be a member of a “radical local group”, named by local media as the National Independent Party.

The group was reportedly linked to the pro-democracy “localist” movement that is seeking a more independent Hong Kong.

Five men and one woman were jointly charged with conspiracy to cause an explosion and were due to appear in court on Wednesday, while one man and three women were freed on bail pending further investigations.

But activists accused the authorities of a smear campaign, with many saying they had never heard of the group.

The Hong Kong government has said political reform would be off the table if the current package is rejected.

This is another historic moment for Hong Kong.

Politically, everything since the handover in 1997 has been leading up to this moment: a vote on the method to elect the city state’s next leader in 2017.

The irony, of course, is that China – the world’s last major communist state – is imploring Hong Kong to embrace the democratic model decided on by the National People’s Congress last year.

The NPC passed a resolution stating that Hong Kong could choose its chief executive in a popular vote on condition there were no more than three vetted candidates. That, in essence, is China’s definition of democracy.

Hong Kong’s opposition parties say the NPC’s resolution offers only “fake democracy” which is why they will be voting against it at the marathon debate now under way in Hong Kong’s mini parliament, the Legislative Assembly.

It could be Friday before legislators vote on the government’s electoral reform package.

Each legislator will be given the chance to speak for 15 minutes. And there are 70 of them!

For the government to get its way, it will need the votes of two-thirds of the legislators – but that would entail at least four democrats supporting the package. That, for now, seems a remote prospect.

Beijing is fond of pointing out that nowhere else in China enjoys the sort of freedoms that Hong Kong does, and consequently feels like the parent of a particularly petulant child that is never satisfied. 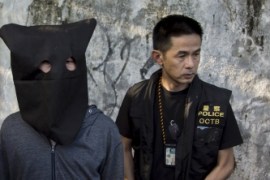 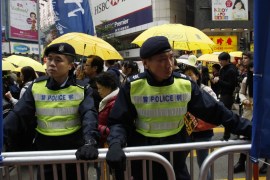 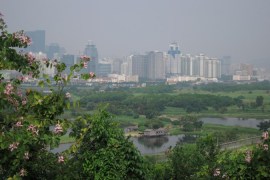 Hong Kong’s health and education services are being stretched to the limit by demand from mainland China.