Suleyman Demirel, one of the dominant figures in Turkey’s politics for over half a century, has died, according to the state Anatolia news agency.

He died at 2:05am on Wednesday at Ankara’s Guven Hospital of heart failure and a respiratory tract infection, doctors at the hospital said in an announcement broadcast on Turkish television.

Demirel’s wife, Nazmiye, died in May 2013. The couple had no children.

He was prime minister several times in the 1960s and 1970s before serving as president from 1993 to 2000. Two of his governments ended in overthrow by military coups.

Demirel believed that his governments of the 1960s and 1970s deserved much of the credit for a deep transformation of Turkey’s economy and society, which saw a largely agrarian society transformed into an increasingly industrial and urban one, bringing higher living standards for most Turks.

But critics say Demirel symbolised a culture in which power came before principles, and helped entrench patronage and corruption.

They point to a “family photograph”, which pictured Demirel surrounded by relatives and associates from the business world – some of whom were later jailed for corruption.

Demirel launched his political career in the aftermath of the 1960 military coup that deposed the government of Adnan Menderes.

Menderes and two cabinet colleagues were executed, and many leading figures in their party were banned from politics – leaving a vacuum on the centre-right.

Into that gap entered the political unknown Demirel. He had trained as an engineer, and headed a dam-building programme under Menderes before leaving for the private sector.

At the age of 40 – youthful by Turkish political standards, then and now – Demirel was a surprise choice as leader of the newly formed Justice Party, a centre-right successor to Menderes’ party.

The first leading politician from a younger generation that had played no part in the formation of a modern, independent Turkish state after World War I, Demirel came to power with a landslide win in 1965.

His populist style – Demirel was known as “Sulu the shepherd” because of his village background – and his canny use of the symbols of Islam proved a vote-winner in the conservative countryside, where most Turks lived.

His government had to balance the demands of its rural support base with the need to push Turkey into the industrial era.

The balancing act seemed to be working in the mid-1960s, with annual growth of around six percent a year as electricity and roads reached corners of Turkey that had never seen either.

But by 1970, Demirel was on the defensive as rising political radicalism brought social unrest.

On the left, students and workers groups demanded radical reform, while Demirel was being outflanked on the right by new nationalist and pro-Islamic parties.

When the ideological conflict started to turn violent, Turkey’s powerful military intervened. Generals issued an ultimatum that forced Demirel out of office in 1971 in the so-called coup by memorandum.

Successive governments, led first by military-backed technocrats and then by Demirel’s great rival Bulent Ecevit, failed to get a grip on the rising violence, which worsened in the 1970s as Turkey’s economy, hit by the oil price crisis, slumped into crisis.

Demirel was back in power in 1975, but his unwieldy coalition – including Islamists and nationalists – could not halt Turkey’s slide into chaos.

Many blamed Demirel for turning a blind eye to his nationalist coalition partners, who openly incited violence that saw dozens killed weekly in clashes between left- and right-wing gangs.

Turkey was heading towards another military coup, which arrived in 1980.

According to late journalist Mehmet Ali Birand’s account of the coup, Demirel was on the telephone to his interior minister on the night of September 11, 1980, when the line went dead.

Looking out of the window of the prime minister’s residence, he saw that his usual bodyguards had been replaced by armed soldiers.

“It is a pity, a pity for the motherland, a pity for us all,” the outgoing prime minister said, before packing his bags for prison.

Demirel was banned from politics, but the ban was repealed in the late 1980s.

He became prime minister again in 1991, and president in 1993 on the death of Turgut Ozal.

As president, Demirel fostered ties with the Turkic republics of the former Soviet Union, and took credit for brokering the peaceful removal from power of an Islamist government under pressure from the secular-minded military in 1997, at a time when many feared a coup. 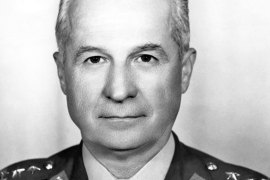 Kenan Evren, convicted last year for his role in the country’s bloody 1980 coup, died on Saturday in Ankara. 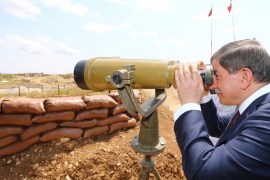 Turkey’s policy to rise above sectarianism will prove to be a bulwark against the cycle of violence in the Middle East.