A London-based news website has reported that Britain’s Telegraph newspaper conducted a two-month campaign accusing Qatar of financing terrorism in the Middle East while the newspaper’s owners competed with the Gulf Arab country to buy three luxury hotels.

Middle East Eye (MEE) has alleged that the Telegraph’s “Stop the Funding of Terror” series coincided with efforts by its owners, Sir David and Sir Frederick Barclay, to buy five-star Mayfair hotels Claridge’s, The Berkeley and The Connaught.

In April, an arm of the Qatar Investment Authority finalised the purchase of the three hotels in a deal thought to be worth more than £1bn.

MEE describes itself as an independently funded online news organisation that was founded in February 2014.

In the report, MEE says the Telegraph’s series between September 20 and November 16 published 34 articles that included broad allegations that Qatar has been involved in financing terrorist groups including the Islamic State of Iraq and the Levant (ISIL).

Qatar has denied the claims.

The Telegraph has denied the accusations of editorial interference by its owners.

Brown Lloyd James, a public-relations firm which incidentally has contracts with both the Telegraph newspapers and the Qatari government, issued a statement on behalf of the Telegraph, saying that “all decisions about editorial content are made by the editors”.

Sir David’s son Aidan Barclay, who manages his UK businesses, has previously said that he used an “arm’s length principle” when it came to managing the family’s newspapers.

In February, Peter Oborne, the Telegraph’s chief political commentator, resigned over claims that Telegraph advertisers were receiving preferential treatment in the newspaper’s coverage. 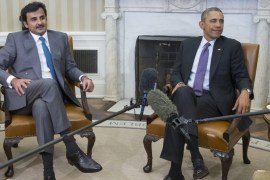 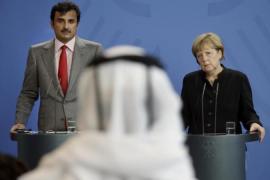 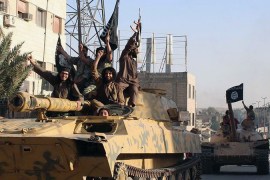