South Korea has reported seven new cases of the Middle East Respiratory Syndrome (MERS) and one new death, raising the total number of people killed by the disease to 15.

The deadly virus infected 145 people so far, as a World Health Organization team, which is now in the country to assess the situation, said the outbreak was “large and complex”.

The international organisation warned the government to remain vigilant because it expects the number of cases to rise further.

The government of Busan, a city in the southeast of the country, said on Sunday a 61-year-old man was the latest victim of the disease. All the deaths involve elderly patients or people who had been suffering serious ailments.

The experts say although the MERS virus has not spread outside of hospitals, the outbreak is not yet over.

Two hospitals which treated MERS patients have been closed as a precaution while thousands of schools remain shut.

All of the cases are believed to be linked to hospital settings and traced to a businessman who had returned from a trip to the Middle East.

Meanwhile, a hospital in Slovakia is testing a 38-year-old South Korean man for possible MERS, a spokeswoman for Bratislava hospital said on Saturday.

The hospital has sent tests to a laboratory in Prague, capital of the Czech Republic, and expects results on Sunday, spokeswoman Petra Stano Matasovska said. She said the patient was in stable condition.

Slovakia media reported the man was transported from the city of Zilina, 200km north of the Slovak capital. The area is home to a Kia Motors factory and media said the man worked for a subcontractor of the South Korean carmaker and that he was staying in a hotel in Zilina.

The outbreak in South Korea is the largest outside Saudi Arabia, where the disease was first identified in humans in 2012, and has stirred fears in Asia of a repeat of a 2002-2003 scare when Severe Acute Respiratory Syndrome (SARS) killed about 800 people worldwide.

MERS is caused by a coronavirus from the same family as the one that caused SARS. It is more deadly than SARS but does not spread as easily. 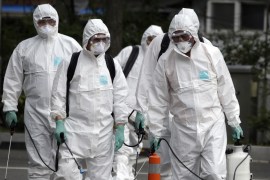 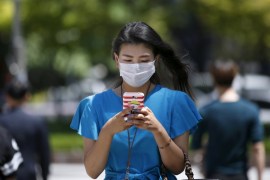 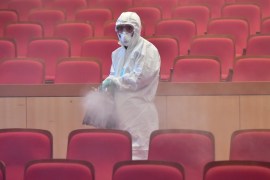