The final warning for tropical Cyclone Ashobaa may have been issued early on Friday, but even as the storm weakened into a well-marked area of low pressure, it still had enough moisture to cause significant flooding over eastern parts of Oman.

The storm made landfall in the early hours of Thursday, passing over Masirah Island where 231mm of rain was recorded in 24 hours. This amounts to more than 10 times the average June rainfall of just 21mm.

Safety expects in Oman advised people “to prepare for the worst” and stock up on torches, candles, medicines and non-perishable items at home. No casualties were reported, but schools were closed across the country and hotels in Sur and Masirah stopped taking guests before the storm.

Tropical cyclones are somewhat rare, but by no means unheard of in the Arabian Sea. They tend to form in association with the southwesterly monsoon on its passage towards India.

Most storms are small and usually dissipate quickly as they move into northern parts of the Arabian Sea. However, they can occasionally head north with devastating effect.

Super Cyclonic Storm Gonu, which struck in 2007, was the strongest ever recorded in the Arabian Sea and was also the strongest named cyclone in the northern Indian Ocean. It was extremely rare, killing 50 people in Oman and causing damage estimated at $4.2bn.

It also claimed 28 lives in Iran. It was the first storm to make landfall in Iran since 1898.

Other notable storms include Very Severe Cyclonic Storm Phet in 2010 which caused damage estimated at $780m in Oman. It then went on to Thatta in Pakistan.

In 2011, Cyclonic Storm Keila killed at least 14 people in Oman and injured more than 200.

Two other storms are worth a mention, even though they didn’t earn themselves a name.

The 2002 Oman cyclone, which was officially known as Cyclonic Storm ARB 01, was one of only 11 tropical cyclones on record to approach the Arabian Peninsula in May. It brought Dhofar its heaviest rain in 30 years and caused damage estimated at $25m.

The 1977 Oman Cyclone was the country’s deadliest on record. This one also struck Masirah Island. It produced winds gusting 230km/h, making it the strongest until Cyclone Gonu.

About 95 percent of the island was damaged with some areas receiving 430mm of rain in 24 hours. The storm left 105 people dead and 50,000 homeless. 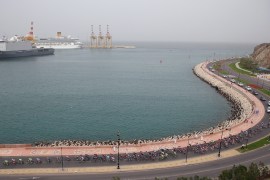 Heavy rain hits country, with winds up to 100km/h expected on the coast as tropical cyclone approaches. 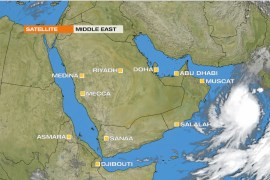 The first storm of the season develops in the Arabian Sea and heads towards the Gulf of Oman.