The arrival of smartphones has resulted in a dramatic growth in the number of internet users, but more than half of the world, 4.2 billion people, are still not connected to the internet.

Many of these people live in areas without fibre and mobile networks, making it expensive for them to go online.

That’s why Google’s Project Loon has been testing the use of drones and balloons. It flew test flights last year over the South Island of New Zealand and has plans for further tests this year in the US.

Google says the technology it’s testing could be cheaper and more flexible than land-based internet networks.

But critics say Google’s search engine is already a powerful force online and any move that would see it controlling infrastructure as well, would give the company too much power.

“Drones and balloons, these are awesome but what are they being used for?” says Aral Balkan, an independent internet developer.

“Are the underlying power dynamics changing? Or is it again a very small group of people exerting their power and control over a much larger group?”

Many countries lack appropriate regulations and there are fears Google’s projects could see it take advantage of this.

“That makes Google into an ISP [Internet Service Provider],” says Pranesh Prakash from the Centre for Internet & Society based in Bangalore, India.

“We need to look at them and think about regulating [them] the way we would regulate any ISP.”

Facebook’s Internet.org has also been looking at using drones to enhance internet access in remote areas.

It has also launched an app in 11 countries which it says it can be accessed by a billion people. The app allows them free access to a limited number of online services.

“Our plan is to make basic internet services affordable so that everyone with a phone can join the knowledge economy,” Facebook founder and CEO Mark Zuckerberg says in a promotional video released by the project.

The app allows access to a number of basic internet sites including Facebook. Earlier this year Internet.org was criticised for only allowing certain services access the platform. This prompted the project to open it up to other services, providing they meet a set of technical requirements.

“They’re doing it out of their self-interest,” says Prakash.

“I wouldn’t call it philanthropy I would call it colonialism,” says Balkan.

“Facebook gets to play gatekeeper. Facebook proxies all the traffic through their servers. They get to decide which information providers are allowed onto their internet and which aren’t.” 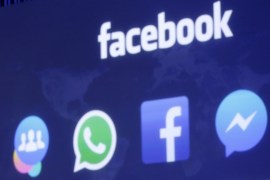 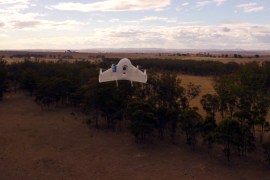 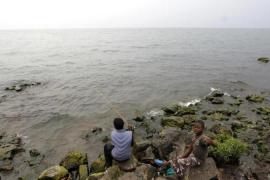 For Idjwi, an island on the Rwanda-DRC border, isolation has been a gift.