A new approach to teaching kids using technology in Armenia has educators from the Middle East, Europe and the US looking to replicate the programme.

The after-school curriculum run by the Tumo Center for Creative Technologies lets students pick areas of interest and acquire skills at their own pace.

“What we’re trying to do is to create an environment where teenagers will be able to reach their full potential,” Marie Lou Papazian, the centre’s director, says.

More than 6,000 students between the ages of 12 and 18 are enrolled free-of-charge at the centre, which was set up with a $20m grant from the US-based Simonian Education Foundation.

Students use a workspace called a Tumo-mobile, which can be moved around for students to work individually or in groups, and they log into a special learning interface called Tumo World.

The proprietary software guides the students through a learning programme in English or Armenian, allowing them to focus on animation, digital media, game design and game development.

“Computer science or programming is a skill that is essential to everyone of the focus areas,” says Papazian.

“You cannot not know or not be familiar with computer programming today. You have to understand how programs work, where you can use them.”

“Even if you’re not a programmer and you’re an artist, you need to know those skills.”

Teachers at the centre include experienced professionals from the world’s leading companies, notably Disney and Pixar; renowned musicians including Serj Tankian, frontman of System of a Down; and film-makers of the calibre of Oscar-nominated Atom Egoyan.

Liz Artinian, a New York animation art director and background designer, volunteers her time to teach at Tumo a few weeks of the year.

“I tell them it’s an arts school, where arts meet technology. It’s a free school for kids to get a good foundation for arts and technology,” says Artinian.

“What I like is that it’s not just old art practices. It’s trying to find the new way and new programmes.”

The centre costs about $1.5m a year to run and its programmes have attracted the attention of educators from around the world, including the US, Russia, Germany, Lebanon, and Egypt.

Nearly a dozen countries are looking to replicate Tumo’s blueprint for learning centres.

“Someone came from MIT Media Lab, and I told them, this is not a school,” says Papazian.

“He said, ‘This is a school and you have to take it very seriously, because this is the future of the school system.'” 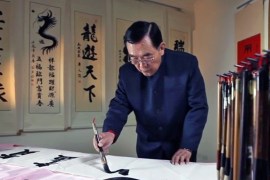 Many Taiwanese are forgetting the complex traditional Mandarin characters because of digital shortcuts. 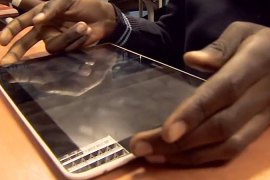 Resources and staffing still a problem with many schools as government launches rollout of digitisation programme. 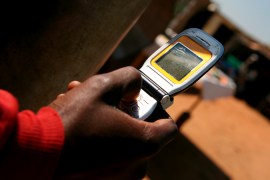 The digital revolution in sub-Saharan Africa