Three Polish government ministers and the parliamentary speaker have resigned amid a revived scandal over secret recordings made of them and other officials.

The ministers of health, sports and treasury, and parliamentary speaker Radek Sikorski, said on Wednesday they were stepping down for the good of the Civil Platform party just four months before a general election.

Prime Minister Ewa Kopacz announced the resignations of the three ministers shortly before Sikorski made his statement.

“As long as I am the prime minister, I will not allow for political games over the tapes,” Kopacz said. “Today, on behalf of Civic Platform, I extend my heartfelt apologies” to party supporters who “listened to the tapes with disgust, irritation”.

The three ministers and Sikorski were among several officials secretly taped during private meetings in Warsaw restaurants in 2013 and 2014.

The tapes were leaked to a weekly magazine and published, and Poles were angered that politicians, lobbyists and business people were debating deals and promotions while dining over baby lobster.

The interior minister at the time, Bartlomiej Sienkiewicz, lost his job over the scandal.

An investigation into the illegal recordings is still underway.

The scandal was revived this week after classified files from the investigation were leaked onto Facebook. One man has been charged over the latest leak.

Kopacz has indicated she will fire Prosecutor General Andrzej Seremet, who is overseeing the investigation. She said the probe is slow-going and that she does not accept his report on why the classified files from the investigation were leaked this week.

The popularity of Kopacz’s government is waning. The party scored a second term in office with a November 2011 landslide, but slow economic growth and persistent unemployment have since taken a toll on public support.

Meanwhile, the conservative Law and Justice (PiS) opposition party has gained ground in opinion polls, with some indicating it could win the autumn general election. 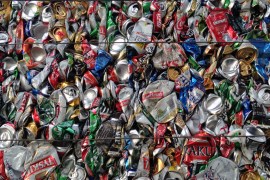 Differently abled workers at a recycling facility in Poland struggle to face new challenges and acceptance. 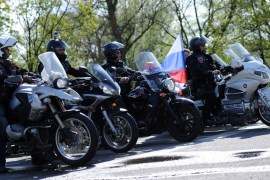