The seasons seem to change rapidly, almost instantly, in Australia and the cold and stormy winter has arrived with the start of June.

Adelaide has shivered through its coldest start to June in nearly 30 years. The cold snap arrived abruptly, dropping temperatures by up to 15C in a day across most of southeastern Australia, and as much as 20C in two days.

Australian Bureau of Meteorology forecaster, Sean Carson, said “With the El Nino conditions across the Australian region it tends to lead to dry conditions, clearer skies and I’d say more of these frosty mornings are likely to continue throughout winter”.

Tasmania saw an unseasonably cold start to the month with minimum temperatures in Launceston averaging a chilly -2.6C over three nights. This is the coldest run for any time of year in more than a decade.

The cold air has been introduced by significant storms, bringing both good and bad consequences.

Richard Phillips from Perisher Ski Resort, in the Snowy Mountains of New South Wales, said more than 30 centimetres of early snow had fallen. “It has been the best opening weekend for several years, and the natural snow and the extreme cold that we had last week has been great.”

In contrast, power was lost in thousands of homes and businesses in Tasmania after wild weather on Monday. Trees fell, power lines came down and untethered outdoor equipment was sent flying. Maatsuyker Island recorded the strongest gust in the state of 185 km/h.

On Tuesday morning, Canberra recorded a minimum of 8C, the warmest start to a day in nearly three weeks.

The silver lining for the nation’s capital is that from Wednesday, as air pressure rises, days will be mild and sunny. Nights, however, will remain chilly. 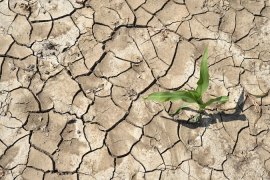 Australian climatologist claims the weather is already in the grip of the phenomenon.