In 1980 the video games world was dominated by games like Space Invaders and Asteroids. These were aimed at boys, who mainly played them in video games arcades.

That was until Japanese game developer Toru Iwatani set out to design a game to appeal to women. The inspiration reportedly came from a pizza he was eating.

Two slices in, the idea of a rounded character with a large mouth occurred to him. He initially called the game “Pakkuman”, based on the sound your mouth makes when it opens and closes rapidly.

Later, when the game was launched in the US, this was changed to Pac-man and it became an over-night hit.

“This was the first game to have real competitive artificial intelligence that hunted you down,” says Jake Baldino, from video game website Gameranx.com.

It became one of the highest-grossing video games of the period, pulling in more than $2.5 billion dollars in revenue in the years that followed.

Pac-man merchandise worth more than a billion dollars was sold in the US alone.

“For a while there was like a Pac-mania in the 80s where Pacman had a cartoon, he had a Christmas special, he had his own can of tomato sauce pasta, toys – you name it,” says Baldino.

“It was the first video game character to really take off and it made billions of dollars and it really did pave the way for a lot of video games we see today.”

The success of Pac-man has turned the game into a global cultural icon and a symbol of a generation that grew up with video games, and it looks set to live on.

In July this year a film is due to be released in which aliens interpret the classic arcade games as a declaration of war.

The real Toru Iwatani may have retired from the industry in 2007, but in the film he’s invited back to reign in the monster he created. 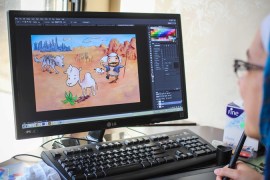 Jordan has become a burgeoning hub for video and mobile game developers, but major challenges persist. 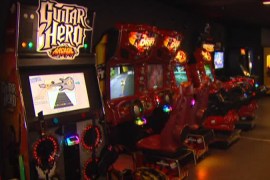 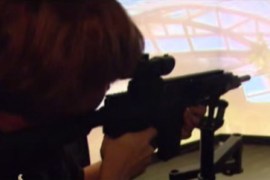 Critics say use of simulations at recruitment centres is glamorising war. 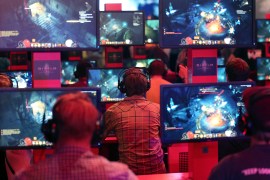 Can video games make it to the Olympics?

Video game players and associations seek recognition from the IOC and an entry into the Olympics.