The EU has criticised Russian President Vladimir Putin for enacting a law banning what Moscow deems to be undesirable non-government organisation.

Under the law signed by Putin on Saturday, Russian authorities can ban foreign NGOs and prosecute their employees, who risk up to six years in prison or being barred from the country.

The new law is a “worrying step in a series of restrictions on civil society, independent media and political opposition,” a spokesperson for the EU’s foreign service said in a statement on Sunday.

“It will restrict freedom of speech and media as well as pluralism of opinion,” the spokesperson added.

The EU noted what it called “the negative opinion” of the Russian Presidential Council of Human Rights, because the law also goes against the Russian constitution.

Critics have said the vague wording of the legislation, and a process that bypasses the court system, means that any group or business could be targeted. 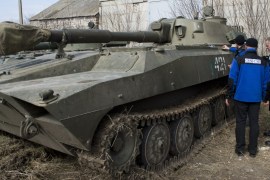 EU: Russia sanctions to be lifted only if truce holds

At the request of Ukraine, EU says it will keep pressure on Moscow until it meets all obligations under Minsk deal. 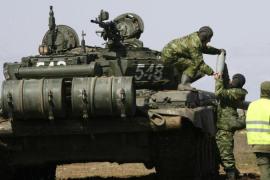