The attack was one of the deadliest in Tunisia’s history and quickly spread fears that Libya’s ongoing violence would spill into Tunisia.

On March 18, Yassine Laabidi and another Tunisian attacked the Bardo National Museum in the capital Tunis. In three hours they killed 22 people, most of whom were foreign tourists.

Laabidi’s cousin, Walid Laabidi, says they were close. He describes a young man who studied French, worked at a travel agency and enjoyed going to weddings.

Walid Laabidi told Al Jazeera that there were no signs of what Yassine was planning, but he has his theories about why he did it.

“There is a feeling of oppression of our identity among some Arabs and Muslims,” Laabidi said.

“There are international groups and weapons barons exploiting this feeling among Arab youth, Yassine among them, … to turn them into the hands that carry out their dirty work.”

Tunisian authorities say Yassine Laabidi and hundreds of other Tunisians have received military training in Libya.

Tunisia estimates that more than 3,000 young Tunisians are currently fighting in Syria, Iraq, and Libya and that another 20,000 are ready to fight for armed groups abroad.

Many have been arrested, while others are on a watch list. 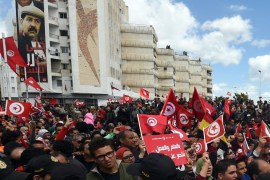 Prime minister says Khaled Chaieb and eight other suspects were killed in a security operation near the Algerian border. 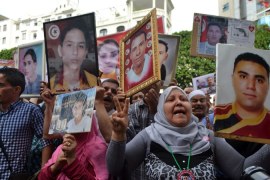 ‘They are doing the same things as Ben Ali’