Little was expected from the Riyadh conference on Yemen, which ended on Tuesday. The three-day conference took place amid a fragile, short-lived ceasefire that ended before the conference did.

Although any form of political dialogue should be regarded as a positive sign for conflict-torn Yemen, few observers were optimistic that the conference would end Yemen’s chronic political problems.

One of the primary tasks of the conference was for Yemen’s key political parties, including the General People’s Congress (GPC) leadership currently staying in Riyadh, to confer political legitimacy on the Saudi-led military operation.

Ahead of the conference, organisers emphasised that the gathering was meant to make strategic and crucial decisions based on the recommendations of the National Dialogue Conference (NDC), rather than being a platform for new rounds of negotiations.

Furthermore, conference organisers underscored the importance of the United Nations Security Council Resolution 2216, which required the Houthi rebels to withdraw from all key cities, to surrender weapons seized from military and security institutions, and to allow for the return of President Abd-Rabbu Mansour Hadi’s government to Sanaa.

The final declaration of the Riyadh conference emphasised the federal nature of Yemen’s future state. It includes an enormous decentralisation of political power through the adoption of a power-sharing formula between the central government and the designated Yemeni regions.

The number of regions has yet to be decided, but could range between three and six. However, the creation of regional governments in Yemen will add a substantial burden to an already poor and unsustainable government budget.

Most Yemeni political actors attended the Riyadh conference, with the exception of the Houthis, former President Ali Abdullah Saleh, and his close circle of advisers, who remained in Sanaa.

Some prominent leaders of Saleh’s party, now in Riyadh, have expressed their support for Hadi’s efforts and the Saudi-led military operation.

However, Saleh remains the GPC’s president and it is doubtful that the party leaders outside Yemen will be able to oust him from the leadership position. As expected, the absence of Saleh and the Houthis from the conference suggested that they would most likely reject the outcomes. This means a continuation of the current military fight in Yemen.

The Houthis have already raised two key objections to the Riyadh conference: First, that it was being held in a non-neutral country; and second, that they believe Hadi lost his political legitimacy as a result of his resignation and his support for the Saudi-led military coalition attacks on Yemen. According to the Houthis, Hadi is “a political fugitive”.

OPINION: What is the Saudi-led coalition’s end game in Yemen?

The final communique also addressed the issue of reorganising and rebuilding the Yemeni army. Hadi has already appointed a number of new military leaders and sacked top military generals who sided with the Houthi-Saleh alliance, promising to subject them to military trials.

The lack of unified military leadership among the pro-Hadi popular militias, who are fighting the Houthi-Saleh alliance in Aden, Taiz, and Mareb, makes military restructuring a vital task.

Overall, the public reaction to the conference in Riyadh has been indifference. Many Yemenis view both Hadi government officials and the leaders of the Houthi-Saleh alliance to be out of touch with the extreme and unprecedented humanitarian situation affecting millions of Yemeni citizens. According to UNHCR spokesperson Adrian Edwards: “Teams found traumatised populations – afraid, upset and struggling to meet basic needs.”

They have suffered months-long power outages and lack of access to clean water. The humanitarian relief sent by the Saudi coalition in recent days has done very little to ease Yemenis’ suffering.

And, as the newly appointed United Nations Security Council envoy to Yemen acknowledged in his speech in Riyadh, the failure to extend the deadline for the expired ceasefire will prolong this suffering. 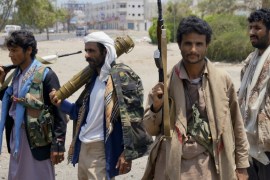 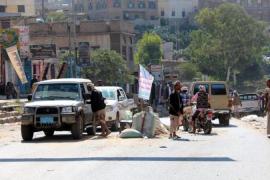 Why the GCC’s hands are tied over Yemen

The Gulf states are reluctant spectators in their own backyard.