The UN Security Council has demanded an immediate halt to an upsurge in fighting in Mali and has threatened to impose sanctions against those responsible for the violence.

The 15-member council said on Friday that renewed fighting this week “threatens to undermine the peace process” and “demanded that the hostilities cease immediately”.

A peace deal is due to be signed in the Malian capital, Bamako, on May 15.

“More than 50 armed men from the Coordination for the Movements of Azawad (CMA) came Thursday to sow terror in Bintagoungou. They killed a man and took six hostages with them,” said Hama Aboubacrine, mayor of the town about 90km to the west of Timbuktu.

“Everyone knows each other here. [The attackers] had a CMA flag,” added the mayor.

The gunmen also pillaged several shops and a pharmacy, and made off with two vehicles.

A Bintagoungou resident also told AFP that his father was one of the six who were taken hostage.

Tuareg groups have clashed with Malian forces and pro-government militias in the north since Monday.

The UN Security Council recalled in a joint statement that it had threatened to impose sanctions earlier in April and said it would now “evaluate next steps” following the fresh fighting.

Tuareg rebel groups have clashed with Malian forces and pro-government militias in the north since Monday. There are currently 10,000 UN peacekeepers stationed in the country.

The Malian government and a coalition of armed groups known as the Platform have signed a peace accord, brokered by Algeria under UN auspices.

But another rebel alliance, known as the Coordination of Azawad Movements, or CMA, is refusing to sign on to the accord. 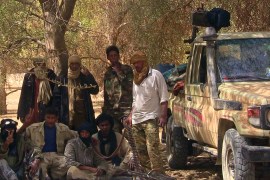 Rainfall has dropped by 30 percent since 1998 in the West African country, leaving nearly 2 million in need of food aid. 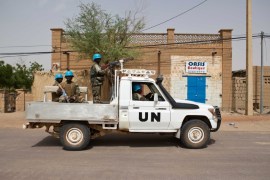 UN drivers killed and one other person wounded near the western city of Gao, UN says. 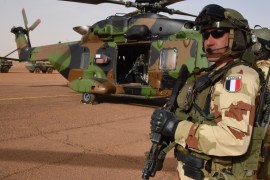