The US government has charged six Chinese nationals, including three professors, with economic espionage, saying they stole secrets from two companies that develop technology often used in military systems, according to the Department of Justice.

One of the suspects, Hao Zhang, 36, was arrested on Saturday in Los Angeles after he arrived on a flight from China, the Justice Department said in a statement.

The other five suspects are believed to be in China and were charged in absentia.

Tuesday’s accusations were the third in recent years made by US authorities of economic espionage by China, suggesting that the US is increasingly focused on what it has termed a top national security concern.

Zhang and two other professors from Tianjin University were charged with stealing source code and other proprietary information from chipmakers Avago Technologies Ltd and Skyworks Solutions Inc, where two of them worked.

Zhang, a former Skyworks employee, and others established a company, ROFS Microsystems, at Tianjin with secrets stolen from the US firms, prosecutors said.

Tianjin, one of China’s oldest universities, is located nearly 150km southeast of Beijing.

Prosecutors identified the other five as Wei Pang, 35, a former Avago employee and a professor; Jinping Chen, 41, a professor and a member of the board of directors for ROFS Microsystems; Chong Zhou, 26, a Tianjin University graduate student and design engineer at ROFS Microsystems; Huisui Zhang, 34, who studied with Pang and Zhang; and Zhao Gang, 39, who is the general manager of ROFS Microsystems.

According to the indictment, Pang and Zhang met while studying electrical engineering at University of Southern California and took jobs as engineers at Avago and Skyworks, respectively.

Both companies specialise in Film Bulk Acoustic Resonator (FBAR) technology, which is primarily used in mobile devices like cellphones, tablets and GPS devices, but also has military applications.

Between 2006 and 2007, Pang and Zhang launched a plan to start manufacturing the technology in China and met with Tianjin University officials, prosecutors said. In 2009, both left the US companies to become professors at Tianjin.

If convicted, the defendants could be sentenced to up to 50 years in prison.

In March 2014, a California businessman was convicted of stealing DuPont trade secrets to help a state-owned Chinese company develop a white pigment used in a wide range of products.

And last May five Chinese military officers were accused of hacking into American nuclear, metal and solar companies.

The indictment against the six, which had previously been sealed, was released at a time of intense diplomatic activity between the two major economic powers.

John Kerry, US secretary of state, was in China at the weekend, partly to prepare for a US visit by President Xi Jinping later this year.

Kerry’s trip was overshadowed by concerns over Beijing’s maritime ambitions in the South China Sea. 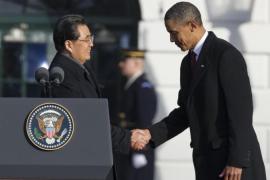 The future of US-Chinese relations

Conflict is a choice, not a necessity. 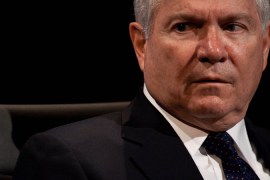 US to respond to Chinese advances 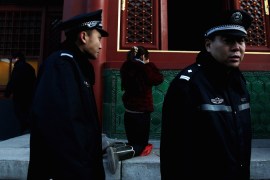