US President Barack Obama has announced a plan to ban the federal government from providing military-style equipment to local police departments, amid growing public outrage and protests over often fatal police brutality across the country.

A New York Times report cited administration officials as saying that the legislation would be implemented on Monday.

In a surprise announcement on Saturday while visiting Camden, New Jersey, one of the country’s most violent cities, Obama said that Washington would also put stricter controls on other weapons and gear distributed to law enforcement.

The statement came after the White House suggested last year that Obama would maintain programmes that provide the type of military-style equipment used to respond to demonstrators last summer in Ferguson, Missouri, because of their broader contribution to public safety.

But, the Task Force on 21st Century Policing, an agency Obama created to help build confidence between police and minority communities in particular, found “substantial risk of misusing or overusing” powerful weapons could undermine trust in police.

With scrutiny on police only increasing in the ensuing months after a series of highly publicised deaths of black suspects nationwide, Obama is planning to unveil the final report of the task force.

“I’ll highlight steps all cities can take to maintain trust between the brave law enforcement officers who put their lives on the line, and the communities they’re sworn to serve and protect,” Obama said in his weekly address on Saturday.

Ahead of Obama’s trip, the White House said that effective immediately, the federal government will no longer fund or provide armoured vehicles that run on a tracked system instead of wheels, weaponised aircraft or vehicles, firearms or ammunition of .50-caliber or higher, grenade launchers, bayonets or camouflage uniforms.

In addition, a longer list of equipment the federal government provides will come under tighter control, including wheeled armoured vehicles such as Humvees, manned aircraft, drones, explosives, battering rams and riot batons.

Starting in October, police will have to get approval from their city council, mayor or some other local governing body to obtain it, provide a persuasive explanation of why it is needed and have more training and data collection on the use of the equipment.

Critics questioned the way police handled with the demonstrators, and Obama seemed to sympathise when ordering a review of the programmes that provide the equipment.

“There is a big difference between our military and our local law enforcement and we don’t want those lines blurred,” Obama said in August last year.

A separate report from the 21st Century Policing task force also has a long list of recommendations to improve trust in police, including encouraging more transparency about interactions with the public.

The administration also is launching an online toolkit to encourage the use of body cameras to record police interactions. And the justice department is giving $163m in grants to incentivise police departments to adopt the report’s recommendations. 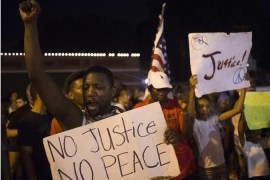 What can Obama do about Ferguson?

Despite being the most powerful man in the country Obama’s legal options in Ferguson are limited. 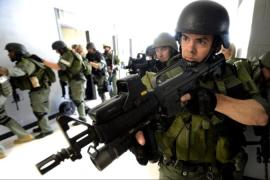 Policing the US police

How can racism in police practices be curbed? 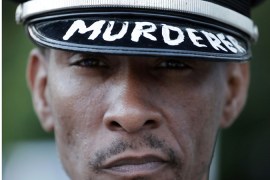 The shooting of an unarmed black teenager by a white policeman has led to days of protests and violence.