Lebanon’s Hezbollah and the Syrian army have made big advances against Syrian opposition fighters in mountains north of Damascus, according to Hezbollah and Syrian state media.

The gains in the Qalamoun region on Wednesday, against groups including the al-Qaeda-linked Nusra Front, come at a time when Assad has suffered significant defeats elsewhere, notably in Syria’s northwest near the Turkish border.

Hezbollah, an Iranian-backed Shia group with a powerful armed faction, has been a vital ally for Assad in the four-year-long conflict.

Hezbollah fighters and the army seized Talat Moussa, the highest peak in the area targeted in the offensive, Reuters news agency reported.

Sources briefed on the situation said that had effectively secured control of the entire area some 50km from Damascus.

Syrian state TV credited the advance to the army and “the Lebanese resistance”, an unusual public acknowledgement of Hezbollah’s role in the battle for an area used by opposition fighters to ferry supplies between Syria and Lebanon.

Hezbollah has unleashed heavy firepower in the offensive, including concentrated rocket bombardments.

The Syrian Observatory for Human Rights, a UK-based group that tracks the conflict, says the Hezbollah’s onslaught forced many Syrian fighters to withdraw.

The offensive had been expected for some time but was awaiting the end of winter and aimed to crush one of the risks facing Assad, who has lost much of the north and east in the war estimated by the UN to have killed 220,000 people.

Since March, Assad has lost wide areas of Idlib province in the northwest at the border with Turkey, another supporter of the uprising against him.

He also lost the Nasib crossing with Jordan to opposition fighters. 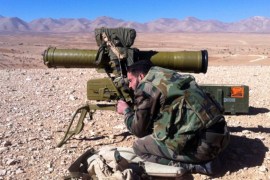 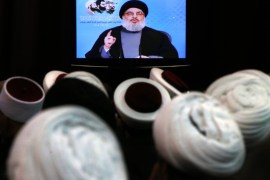 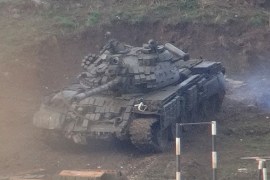 Syrian forces supported by Iran and Hezbollah are fighting to regain strategic territory from rebels in the south. 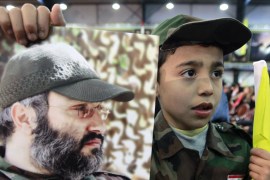 Washington Post newspaper says US and Israel were behind plot to assassinate senior commander in 2008 car bomb in Syria.