The Syrian government and several opposition figures have held a second round of talks in Moscow, with the main focus being on the conflict and humanitarian issues.

Members of the Syrian opposition and government representatives agreed on Thursday on a six-point plan proposed by Vitaly Naumkin, the Russian moderator, to deal with the conflict.

Syrian State news agency SANA said they had agreed to the following principles: a political solution based on the Geneva I document, an immediate end to military operations, solving “all humanitarian disasters”, fighting terror, a democratic political transition and the release of detainees.

Bashar al-Jaafari, the Syrian representative to the UN, headed the delegation of the Syrian government during the talks.

Jaafari said the sessions were “fruitful and serious exchange of ideas and viewpoints have been crowned with proposals and thoughts submitted by the government’s delegation in order to be discussed as outcomes for the first and second items of the agenda suggested by the Russian friends”.

He described the meeting as an interest of the Syrian people and a means to end their suffering, adding that the Syrian government has been working to realise this goal through combating terrorism.

SANA quoted one participant, Nimrud Suleiman, as saying that “it was the first time that the opposition has agreed on a single working document … the only solution in Syria is through dialogue, because the overwhelming majority of Syrians are sitting at home waiting for a solution”.

The meetings have been boycotted by the opposition-in-exile Syrian National Coalition, as well as by Moaz al-Khatib, a former coalition president.

A leading Syria-based group, the Building the Syrian State party, also stayed away, as its leader Louay Hussein faces criminal charges of “weakening national sentiment” and is under a travel ban thus could not leave the country.

Randa Kassis, a former SNC member who now favours talking to the Assad government because of the rise of armed groups in Syria, said the talks would focus on confidence-building measures including ensuring access for humanitarian aid.

“We won’t get to a political transition without slowly giving and taking,” Kassis, who now heads the Movement of Pluralistic Society, told Reuters news agency.

Russia has not said which opposition figures will attend. But it is likely to be similar to January, when at least 30 representatives of various groups attended, most of who agree that working with Assad is necessary to combat the rise of Islamic State of Iraq and the Levant (ISIL) group. 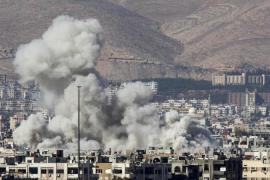 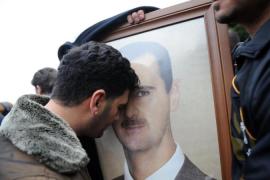