Inside the camp, the rattle of plastic sheets used as roofing provides a constant background soundtrack. But here in Lebanon, refugees are forced to pay ever-increasing rents to stay in the camp,  resident Jihad Masarber said.

Mustafa, Jihad’s brother, chimed in: “Then there’s water – that’s around $40 per month.”

Both work as shawish – camp coordinators who liaise between the 250 families in the camp and NGOs, landlords and other officials as necessary.

The refugees build their own housing, basic huts made from thin plywood walls and corrugated iron sheeting, held up by wooden supports. The risk of flooding, especially in winter, means that strong foundations to raise the huts off the ground are essential. The total cost can run into the hundreds of dollars, in addition to the site rental.

In a hut around the corner, the Masarber brothers have added another wooden beam to Um Hassan’s roof, ensuring the fragile roof damaged by recent snowfall and storms will not collapse on her and her family.

Refugees often trade UN-issued food vouchers for cash to pay the rent. The refugees estimate they will be able to get between $13 and $14 cash in exchange for a $19 food voucher.

“Do you think I’m a bad guy?” asked their landlord, who declined to give his name.

“The thing is that most of the families here can’t pay regularly,” he said. “I try to manage it so that they pay when they’re able to. But there are a lot of unemployed young Lebanese guys because there are Syrians here… I don’t have a house, I only have this land, and I live with my parents. To live in Lebanon it costs a lot. So the prices I ask are fair, because the cost of living is a lot.”

The land owned by the landlord’s family is split between each of the five children, allowing them to collect rent from the refugees living on the land. There are 250 families squeezed into 190 tents in the camp, and each tent pays $50 a month. Provided that everyone is able to pay, this earns the landlord $9,500 a month.

The fact that refugees are required to pay to live in a refugee camp would seem out of place almost anywhere except Lebanon. The Lebanese government has never created any formal refugee camps, meaning that the now almost two million refugees must find their own shelter wherever possible. This has left the refugees living in informal settlements open to massive rent exploitation, where landlords can charge whatever price they feel like – with no fear of government pushback.

Meanwhile, restrictions by the government on foreign workers could result in massive cuts to refugee assistance programmes across Lebanon. Resentment towards NGOs and their perceived inaction is palpable in the camps, but this is only likely to get worse as government departments quietly compete to cut costs.

“We were not ready to be faced with such a situation,” said Hala El Helou, speaking on behalf of the minister for social affairs.

“The refugees came in and added informal settlements where they used to be workers – this amounts to 17 percent of the registered Syrian population,” said El Helou. “So of course this leaves them open to exploitation, but that’s the way this happened.

“The government has had a no-camp policy since the beginning, when people started forming these informal settlements, with no collaboration with the government. We didn’t know what amounts were being paid, and we weren’t involved in knowing these farms had been rented.”

The lack of coordination, she admitted, means that things quickly “got out of control”. This has put the government in a position of trying to retroactively deal with the problem, which is made harder by the huge number of new arrivals in the country.

“Rents have increased drastically for Syrians, and for Lebanese too – not only in informal settlements, but in urban settings,” El Helou told Al Jazeera. “Now we’re trying to keep up with what’s happening and see what can be done, but we’re still falling short.”

El Helou said that some ministries, along with UN agencies, were trying to work with landlords and the refugee population, and there is a plan to have adequately policed agreements by 2016.

Yet at the same time, decisions taken by Lebanon’s labour ministry are limiting the number of work visas that NGOs can acquire for their staff – which, in turn, could see further cuts to refugee services. Marc-Andre Hensel of World Vision said that NGOs began noticing pressure to reduce the number of their foreign staff about a year ago, “but it has reached a new level”.

“Just before Christmas this problem became far more severe,” he said. “There was an official communication that said all existing work permits wouldn’t be renewed, and any new ones would only be issued for up to three months. This has resulted in a number of foreigners having to leave the country. Some have reapplied for permission, but it’s not clear how many are coming back.”

Both the NGOs and Labour Minister Sejaan Azzi said a cap of 10 percent foreign staff is likely for employers across the board, including NGOs.

“If NGOs, in particular, can justify why they should have over 10 percent, we will consider it,” Azzi said. “What these aid organisations are looking for are social workers, psychologists, nutritionists, people to build tents, that kind of thing – and people with these skills exist in Lebanon. These organisations should take into account that we have 25 percent unemployment, and 36 percent unemployment among young people.”

From the perspective of the NGOs, this is something of an oversimplification.
“We have great Lebanese staff, but there are a number of qualifications for this work that are very hard to get – it’s competitive even within the NGO community,” Hensel said.

The cuts to work permits even include UN staff. The result of not being able to staff a programme can result in that programme being slashed, said Hensel, and as such, restricting work permits for foreigners could prove counterproductive – removing potential jobs rather than creating them.

The UN High Commissioner for Refugees is running a 52 percent funding gap in Lebanon, according to current estimates. Between high rents and cuts to NGO work permits, one thing is clear: The ultimate costs are being borne by the refugees themselves.
Source: Al Jazeera 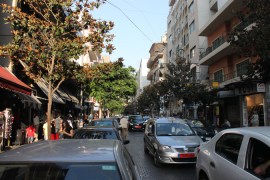 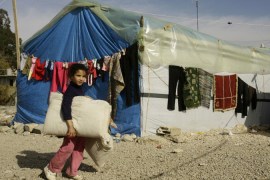 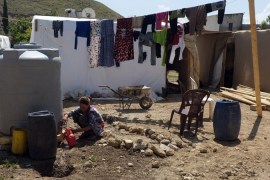