She was also accused of “orchestrating factionalism in the party thereby causing acrimonious divisions” and “engaging in activities that smack of corruption”.

Mujuru was long considered a likely successor to Mugabe, who is 91 and first came to power in 1980, but she fell out with the veteran leader late last year and was sacked as vice-president in December.

Her allies in government were also fired and expelled from ZANU-PF after Mugabe himself accused her of plotting to oust him.

Joice Mujuru is a former guerrilla fighter from the liberation war in the former Rhodesia and the widow of army commander Solomon Mujuru, who died in a mysterious house fire in 2011.

After holding cabinet posts in every government since independence in 1980, Mujuru came under heavy attack from Mugabe’s wife Grace, who was promoted to head ZANU-PF’s powerful women’s wing at the last party congress in December.

Apart from the allegations seen as grounds for Mujuru’s expulsion, the First Lady also charged that Mujuru was incompetent and had let her husband do most of the work.

Mugabe replaced Mujuru as vice-president with his justice minister Emmerson Mnangagwa, a hardliner in the regime. 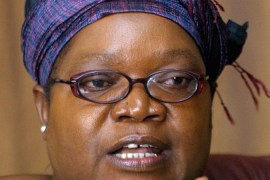 Dismissal of Joice Mujuru along with eight ministers comes days after she lost her post in the ruling ZANU-PF. 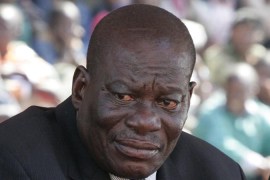