Saudi-led airstrikes have driven back rebels in the last stronghold of Yemen’s president, as al-Qaeda fighters seized a major army base in southeast of the country.

The setback for the Shia fighers on Friday came as warplanes from the Saudi-led coalition dropped weapons and medical aid to fighters defending the southern Yemeni city, a last symbolic foothold of President Abd-Rabbu Mansour Hadi, who fled to Saudi Arabia after the Houthis seized the capital, Sanaa.

The Houthi fighters and their allies withdrew from Crater neighbourhood, as well as one of Aden’s presidential residences which they had seized a day earlier, residents and a local official said.

Their withdrawal followed overnight clashes and an airstrike on the presidential palace at Ma’ashiq, overlooking Crater. At least one Houthi tank was destroyed and another taken over by Hadi’s loyalists, they said.

Around 12 Houthi fighters were killed in the clashes in Aden, but there has been no word on casualties suffered by forces loyal to Hadi.

In fighting on Friday, al-Qaeda in the Arabian Peninsula, as the Yemen branch is named, consolidated its hold of Mukalla, which they overran on Thursday, seizing its port and a major army base there.

The Houthis are backed in their push by military forces and police loyal to former president Ali Abdullah Saleh.

Despite inflicting heavy losses on the Houthis, the airstrikes might not be enough to halt their advance, said Al Jazeera’s Mohamed Vall, who has reported extensively on Yemen.

“Airstrikes have never really been so decisive. The Houthis can easily blend with the local population and they have almost the entire support of the Yemeni army,” he said.

“They [Saudi-led coalition] know they cannot win this war without putting troops on the ground…they are probably waiting for more weakening of Houthi defences [before they do that].”

Early on Friday, warplanes from the coalition dropped crates of weapons and medical supplies by parachute over Tawahi, a district on the far end of the Aden peninsula which is still held by Hadi loyalists, fighters told the Reuters news agency.

The coalition, which is trying to reassert Hadi’s authority as a prelude to political negotiations, has repeatedly said that sending ground troops into Yemen remains an option but not an automatic move.

Officials have declined to say whether special forces have already deployed. The Saudi ambassador to Washington, Adel al-Jubeir, said on Thursday the kingdom does not have “formal” troops on the ground in Aden.

Tribal sources in Yemen said on Friday that Saudi Arabia had started to remove parts of a fence along its border with the northwestern Yemeni provinces of Saada and Hajja.

This could be a prelude to an incursion by ground troops, but may also be part of more modest efforts to secure the frontier area, which on some stretches includes a buffer zone between the two countries.

The Saudi-led coalition involves six nations that belong to the Gulf Cooperation Council. The GCC members include Saudi Arabia itself, Bahrain, Kuwaiti, Oman, Qatar and the United Arab Emirates. 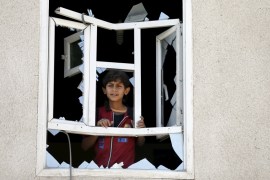 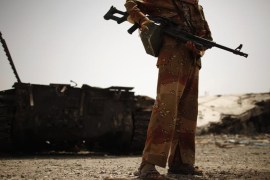