A royal decree removed Crown Prince Muqrin bin Abdul Aziz bin Saud as next in line to the throne and replaced him with Prince Mohammed bin Nayef, 55, who headed a crackdown on al-Qaeda in the country a decade ago.

“We have decided to respond to his highness and what he had expressed about his desire to be relieved from the position of crown prince,” said a statement from the royal court, carried by the official Saudi Press Agency.

The decree named “Prince Mohammed bin Nayef as crown prince” as well as deputy prime minister and said he would continue in his position of interior minister and head of the political and security council, a coordinating body.

A separate decree on Wednesday said King Salman’s son, Prince Mohammed bin Salman, who is in his early 30s, will be deputy crown prince. He retains his position of defence minister.

The new deputy crown prince has played a key role in the Saudi-led coalition’s aerial campaign in Yemen to try and stop the advance of Houthi fighters, backed by Iran.

Late on Wednesday, prominent Saudi officials and scholars pledged allegiance to both Nayef and bin Salman at the Royal Palace in Riyadh.

Nayef narrowly escaped an attempt on his life six years ago, while he was Saudi Arabia’s security chief.

Since then he has remained tough on internal security. There have been many arrests of suspected al-Qaeda and more recently ISIL members since then.

The latest nominations, part of King’s Salman second cabinet reshuffle since he acceded the throne on January 23.

King Salman, 79, came to power in January after the death of his half-brother, King Abdullah, at the age of 90. 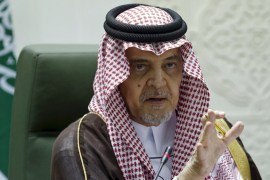 Saud Al Faisal, the world’s longest serving foreign minister, has been replaced as part of a major cabinet reshuffle. 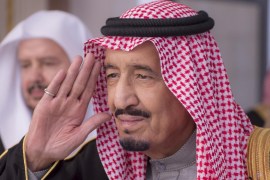