Beijing, China – Shortly before she died, author Lijia Zhang’s grandmother told her a secret: She’d met her husband, Lijia’s grandfather, while working as a prostitute in the 1930s and 1940s.

“She was a working girl and met him on job, eventually becoming his concubine,” Lijia says.

She says it was her grandmother’s experiences that inspired the 51-year-old’s upcoming novel Lotus, a story about prostitution in China.

“Her tragic saga did make me think a lot about the position of women in China.”

Lijia was just one of the prominent Chinese women writers featured at this year’s Bookworm International Literary Festival, held in Beijing and across six other Chinese cities from March 23 to 29.

It's an interesting development, women writers now write with a clear gender consciousness.

The independently run event is the biggest annual gathering of its kind in China, and drew more than 50,000 guests to its 300 events.

One of the festival themes was gender equality, and as a guest author Lijia believes it helped provide a platform for discussion about women’s rights .

“More than half the writers were female and, in fact, women festival-goers outnumbered men three to one,” Peter Goff, the managing director, said.

“It’s the 20th anniversary of the International Women’s Conference which Hillary Clinton chaired in 1995. China is definitely progressing, but there’s still obviously a shortfall.”

That shortfall was exposed to the world on the eve of International Women’s Day, one week before the festival’s opening.

Five young women’s rights activists, all in their 20s and 30s, were arrested in the country’s south after planning to distribute stickers aimed at raising awareness about sexual assault on public transport.

For over a month Wei Ting Ting, Wang Man, Li Tingting, Wu Rongrong, and Zheng Churan were detained in a Beijing detention centre on charges of “picking quarrels and provoking trouble”.

“I was asked to ‘have a chat’ by police,” wrote one of the activists, Wei, in a letter circulated to supporters via social media describing the arrest.

“I would have never expected that our public interests advocacy against sexual harassment and for gender equality would be charged as ‘under suspicion of criminal offence’.”

On April 13, after a nationwide petition and international condemnation, the five were given a conditional release.

Lijia was informed of the news instantly via a feminist chat group on Wechat, a popular Chinese smartphone messaging app.

She says the five feminists were simply reacting to growing problems facing women in China today.

“After opening up, the government retreated from some of its responsibilities. The market has taken over but the market does not treat women kindly, the income gap has widened,” she says.

Although accomplishments of home-grown female billionaires are often splashed across Chinese media, the backsliding is clear.

Research showed the employment rate of Chinese women compared with men fell significantly after the year 2000, while another study found that women’s wages fell from 84 to 74 percent between 1995 and 2007.

The World Economic Forum’s latest gender gap report ranked China 87 out of 142 countries, compared to the previous year’s rank of 69 (out of 136).

Females fare even worse in Chinese politics, with the proportion of women on the Communist party’s 200-strong central committee slipping to less than five percent, lower than during Mao’s time.

The politburo currently includes only two women, while there has never been a female within the nation’s topmost Standing Committee.

Lijia says although China is yet to witness a fully formed feminist movement, there has been a marked increase in activism in recent years.

She notes the 2012 protest where a dozen women queued in front of restrooms to protest the lack of public toilets for women and a 2013 demonstration involving 10 university students criticising what she calls “invasive gynaecological exams” imposed on women applying for civil service jobs.

Lijia believes this growing restlessness is also reflected in the nation’s literature.

The lack of a voice for women in China, particularly in the countryside, is explored in Sheng Keyi’s work – another female author who attended the Bookworm Literary Festival.

Hailed as one of the brightest authors of the post 1970s generation, her first novel Northern Girls was long-listed for the 2012 Man Asian Literary Prize.

The provocative work tells the story of two rural women fighting for independence in the hyper-competitive city despite being disadvantaged by their class and sex.

At the festival Sheng discussed her latest book Death Fugue.

The plot makes references to the events in Tiananmen Square in 1989 and was banned in mainland China.

“The name of this book originates from a German poet, about the massacre in Germany. I think my book is spiritually related to this history. It’s about spiritual massacre, which I think is even more harmful than physical massacre,” says Sheng.

Though she believes it is important to write about the limits placed on women, unlike Lijia, Sheng refuses to call herself a feminist and won’t comment explicitly on the fight for women’s rights in China.

Guo is one of China’s most internationally acclaimed writers and travelled from her home in London to speak at the festival and launch her most recent work I Am China.

“What’s important for me is how writers write,” says Guo.

She says labels such as “feminist writing” are necessary for social movements, but wants Chinese women writers to push boundaries in other ways.

“A lot of it is just the traditional grandmother oral storytelling without a sense of vision or style,” says Guo.

“I find that really boring.”

The 42-year-old left Beijing 14 years ago and wrote I Am China, as well as her previous novel, A Concise Chinese-English Dictionary for Lovers, in English.

“Using a second language and living abroad, that distance made me feel much more liberated,” says Guo.

Though the new work is available in other European languages there are no plans for a Mandarin translation. Like many of Guo’s earlier works, I Am China tells the story of characters struggling against political oppression.

“They would never publish it here!” she laughs. Guo is no stranger to censorship, and says it was the primary reason she chose to remain overseas.

Little wonder she’s pessimistic about the ability of feminist writing to improve the lives of Chinese women. “If more women write about their suppression then that voice becomes louder and society becomes more aware, but what I doubt is the degree of change it can create.”

Although the five feminists have been released, they are far from free.

They remain under surveillance and can be rearrested at any time.

But rather than being silenced, the activists seem to have strengthened their resolve, buoyed by an expanded community of sympathisers in China and around the world.

“The 38 days within the high walls have made me stronger,” wrote one of the five, Wang Man, in a message to supporters online.

“As of now we have not yet gained the freedom and justice that we deserve. We will continue to fight.”

Lijia believes the incident has only helped to fuel the feminist cause.

“As China deepens its engagement with the rest of the world, women are becoming more aware of international norms,” she says.

“Some may be intimidated,” she continues, “but there will always be brave souls who are willing to push the envelope and put up a brave fight.” 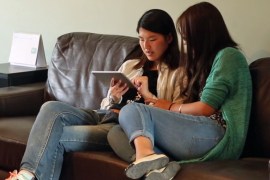 Li Tingting, one of five women’s rights activists detained for 37 days, speaks out about her experience. 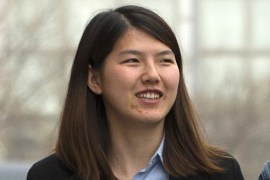 Thirty-seven days in detention did not take away Li Tingting’s determination to be heard.