Saudi Arabia says it has arrested 93 people, including 65 Saudi nationals, on suspicion of belonging to the armed group the Islamic State of Iraq and the Levant (ISIL).

The kingdom’s official Saudi Press news agency said on Tuesday that it had foiled several plots across the country, including an attack on the US embassy in the capital, Riyadh.

It said a cell involving two Syrians and a Saudi citizen planned a suicide car bombing against the embassy but the plot was detected in March.

US officials halted all consular services for a week starting March 15 at the embassy and two other diplomatic missions in Saudi Arabia over security fears, it said.

Al Jazeera’s Mohamed Vall, reporting from Jizan in the south of the country, said some of those arrested were in possession of weapons and caches of ammunition.

An important ally for Western countries battling ISIL, the kingdom has come under attack at least four times since October, after joining a broad coalition bombing the group’s targets in Syria and Iraq.

In November, ISIL was blamed for the deaths of seven Shia Muslims, including children, in the country’s Eastern Province.

Saudi Arabia has taken several steps to stop its citizens joining fighters in Syria or Iraq, with the country’s highest religious authority condeming the armed group as “apostates” and labelling them the “number one enemy of Islam”.

ISIL, which according to reports has recruited thousands of foreign fighters, still controls large parts of Syria and Iraq, where it has been accused of committing mass atrocities against civilians and minority groups. 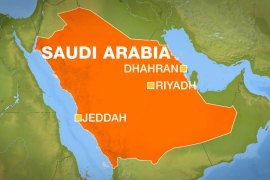 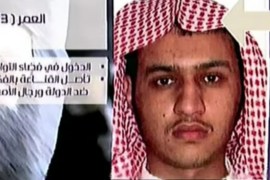 Interior ministry says one suspect has confessed to killings and a warrant is issued for the arrest of another. 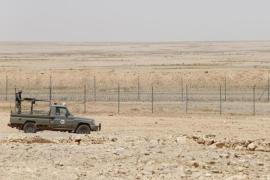 Kingdom announces 900km fence along its northern border, as part of efforts to secure its vast desert frontiers.