Clayson Monyela, Deputy Director General of Department of International Relations and Cooperation, told Al Jazeera on Thursday the Israeli government needed to offer a reason for the snubbing.

“We are taking it up through the proper channels.

“We need to receive a proper explanation for the denial of a visa to a sitting cabinet minister,” Monyela said.

The minister was scheduled to travel to the occupied Palestinian territories from April 25-29. He was scheduled to secure further collaboration with the University of Johannesburg and institutions in Palestine.

Nzimande’s spokesperson told local media that the denial of the visa had caused a “serious diplomatic problem“.

Jeenah said the Palestinian solidarity movement in South Africa “would be thrilled” with Israel’s decision “because South Africa now has to respond to this matter”.

Lenk would not be drawn into discussing why specifically Nzimande’s visa application was denied, though he described the minister as being “very vocal on a range of issues connected to Israel, South Africa and my region”.

The ambassador said the decision to deny the visa was made in Israel.

But Jeenah said that anything the Israelis say on the matter “could really only make the situation worse”.

The Palestinian embassy in South Africa described the decision as “racist”.

“We take note by this aggressive action that Israel is trying to implement the same rule as in the previous apartheid regime of South Africa,” the embassy said in a statement.

The Palestinian lobby group Boycott Divestment and Sanctions (BDS-South Africa) released a statement saying it’s “more confident than ever that its time to expel the Israeli Ambassador from South Africa”.

“Israel cannot want to tell us who our friends should be, where we should travel and who we can speak with.” BDS said.

Nzimande has been a vocal critic of Israel. His spokesperson said on Thursday the minister would call on all higher education institutions to cut ties with their counterparts in Israel.

South Africa currently has full diplomatic relations with Israel and recognises Israel within the borders demarcated by the United Nations (UN) in 1948.

“We do not prevent them. We say we discourage them.” 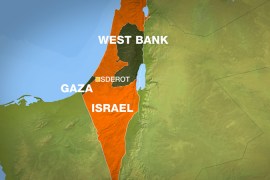 Israel strikes back after rocket fired from Gaza

No group claimed the rocket attack, the first in months, which reportedly struck an open area and caused no injuries. 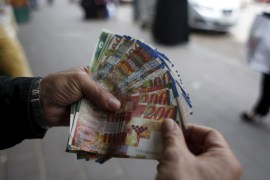 Israel and Palestinians ‘reach accord’ on frozen taxes 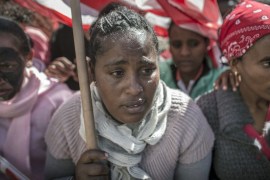 African asylum seekers say they are being threatened by the Israeli government with deportation to unsafe countries.