Most of the migrants risking their lives on the Mediterranean begin their journey in Libya.

Escaping war and poverty, some of them have travelled for weeks to reach Libya – only to end up in detention centres after coastguards intercept the boats they hope will take them to Europe. 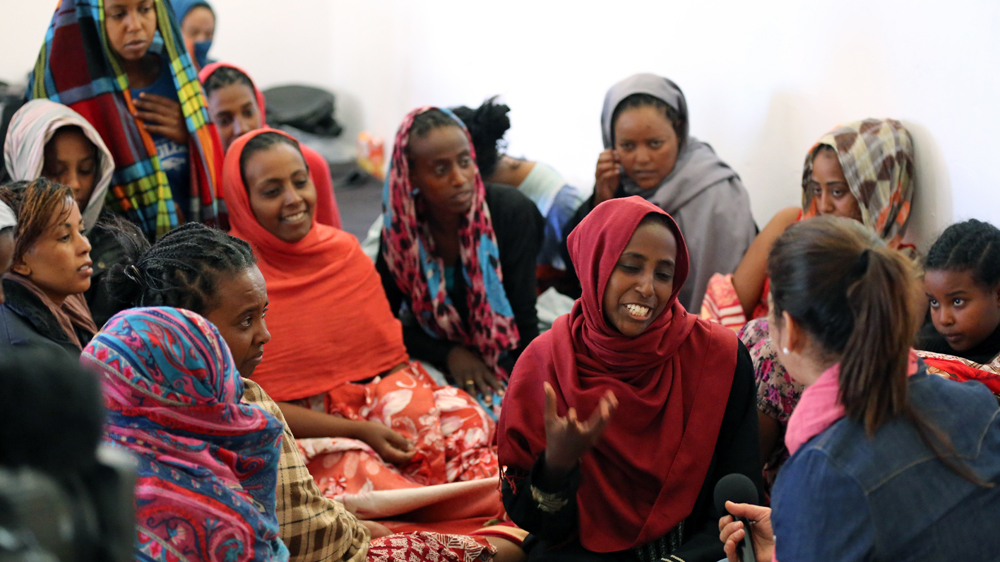 Judie, wearing the red headscarf, is from Eritrea. Aged 25, she is already a widow.

She first went to Khartoum and was smuggled into Libya from there. She was caught while crossing the desert in the south of the country. She says, “yes, it’s dangerous. I know I can die. If I get a chance to live, OK, better. But if I die, that’s also OK. I cannot go anywhere else to change my life. I can’t change it in my country and that is why I want to leave.” 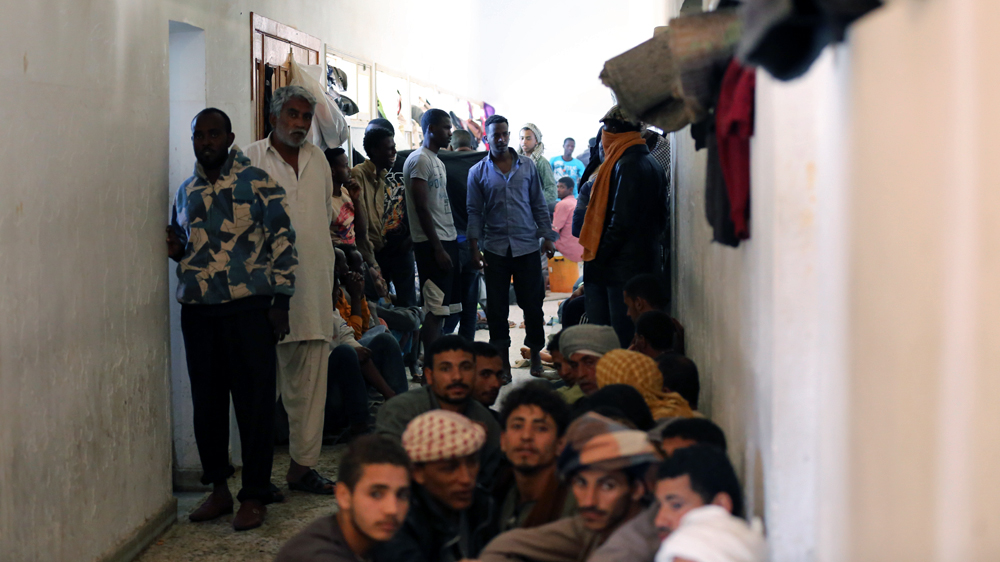 A group of Egyptians were smuggled through the eastern border. They will be deported to Tunisia and from there airlifted back to Egypt. They don’t know how long it will take. They say they have not spoken to their families in weeks. And after losing their mobiles, they can’t remember the phone numbers. 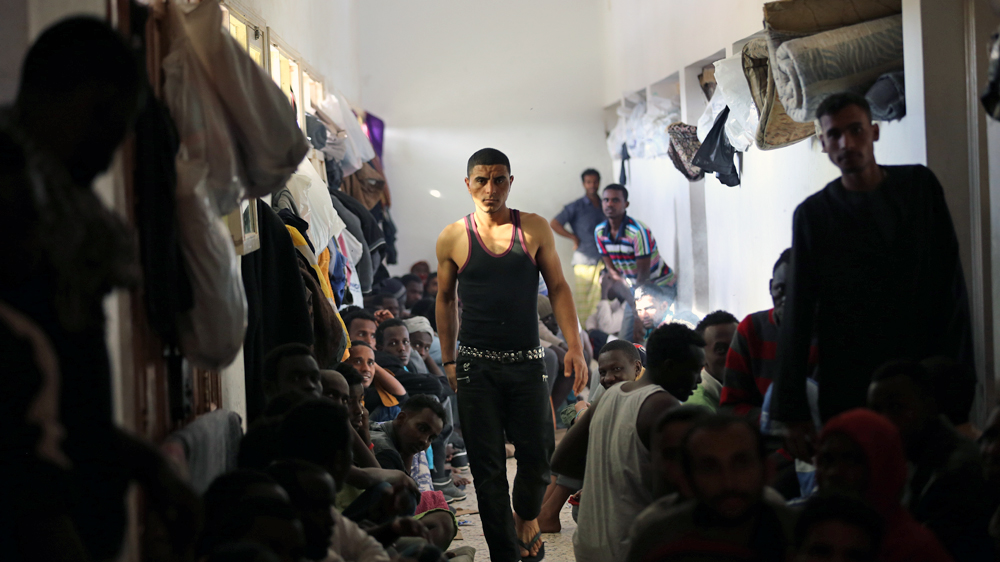 The school-turned-detention-centre is at full capacity. Migrants tend to stick together by nationality – perhaps a way to feel less lonely, even though they all share the same fate.