Anti-government protesters have clashed with police in the Guinean capital demanding fresh local elections before a presidential vote.

Demonstrators burnt tyres and barricaded roads across Conakry on Monday as police responded with tear gas, leading to a number of violent confrontations.

Medical sources said at least two protesters had been wounded by gunshots fired by police in the Hamdallaye neighbourhood, an opposition stronghold.

They included a 15-year-old boy hit in the shoulder and another protester shot in the leg, Abdoulaye Barry, director of a clinic in the Dixinn area, told the AFP news agency.

Opposition activists and security forces also clashed in the city of Mamou, 300km east of Conakry, with around a dozen police officers treated for injuries in hospital, a medical source said.

Since protests began last week, at least three people have been killed and 50 injured.

Guinea’s opposition parties are trying to pressure the government to hold local elections before the presidential vote, set for October, in line with a 2013 agreement between the country’s rival political factions.

The government denies that delaying local polls will have any impact on free and fair elections. 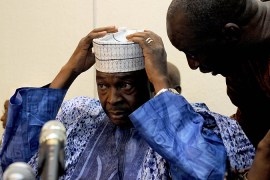 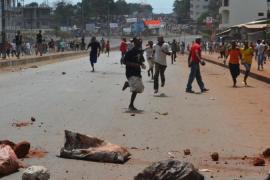 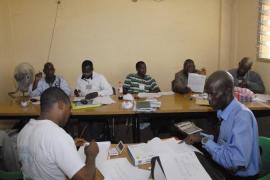 Opposition says there are major problems with the electoral roll and accuses president’s party of vote-meddling. 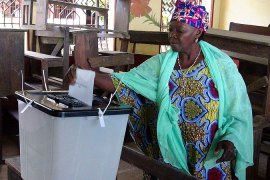